The Mavericks are in a peculiar spot as a franchise. As a perennial contender over the past two decades, owner Mark Cuban hasn’t shied away from spending the big bucks to build a complete roster. His lavish ideals have been a calling card for the Mavs, and has kept future Hall of Famer Dirk Nowitzki content during his tenure there.

However, the team stands at a crossroads.

Nowitzki is on his last legs, and the front office would love nothing more than to have one last hoorah with their franchise cornerstone. With the Mavs mediocre roster, it’s unlikely they will be doing any contending in the foreseeable future. The Mavericks have to look towards the future, and can start their rebuilding phase with a solid pick in the upcoming draft.

Dallas seem to have struck gold with the recent additions of Harrison Barnes and Nerlens Noel. 25 and 23 years old respectively, the young duo will be mainstays in the starting line-up. Add in the 3-and-D expertise of Wes Matthews, the springiness of Dwight Powell, and the toughness of Yogi Ferrell, and you have a passable combination of players to work with.

Holding the ninth pick in the draft, the Mavericks are right at the tail-end range of the top tier in this pool. With so much uncertainty headed into Thursday’s draft, there could be any number of players available by the time it’s the Mavericks turn to pick.

Looking purely from a needs standpoint, Dallas would love to grab a point guard in a draft that is loaded with them. Markelle Fultz, Lonzo Ball, De’Aaron Fox are likely top-five or so picks, leaving the Mavericks with either NC State’s Dennis Smith Jr. or France’s Frank Ntilikina. Both players bring vastly different skillsets to the table.

Smith is an explosive scorer, while Ntilikina is more of a pure point guard with defensive upside. More than likely, only one will be on the board as the teams picking ahead of the Mavs – Magic, Timberwolves, and Knicks – could be in the market for a point guard as well.

If the Mavs could have either choice of point guard, it would be dependent on how the front office views their current roster – mainly Barnes. If Coach Rick Carlisle and company believe Barnes could be a number one scoring option, then Ntilikina would be a nice complement with his defensive versatility and playmaking skills. If the Mavs think Barnes is more suited as a second guy, then Smith is the better fit with his ability to put up points in bunches.

Another caveat that could arise is if the Mavs truly believe in Ferrell as their long-term option at the point. The former D-Leaguer came on strong for Dallas towards the end of the year — forming a formidable tandem with fellow backcourt mate Seth Curry. Ferrell has his limitations as a player, but if the Mavericks are truly set on creating the best possible roster to win-now, they could certainly go a different route with their pick.

A player to note if they decide against picking a point guard could be Arizona’s Lauri Markkanen. Markkanen has garnered comparisons to Nowitzki for his smooth outside jumper and scoring acumen. Pairing the two together could do wonders for Markkanen’s development down the road, and could help space the floor for Dallas’ bevy of slashers.

Much like the Knicks – who are selecting a pick before them – the Mavs would love to move up and snag Fox or Ball, but fail to have the assets to warrant a deal of that caliber.

THE VERDICT: The Mavs stand pat for a point guard, and if they had a choice their guy would be Dennis Smith Jr. to inject some much needed scoring and athleticism. 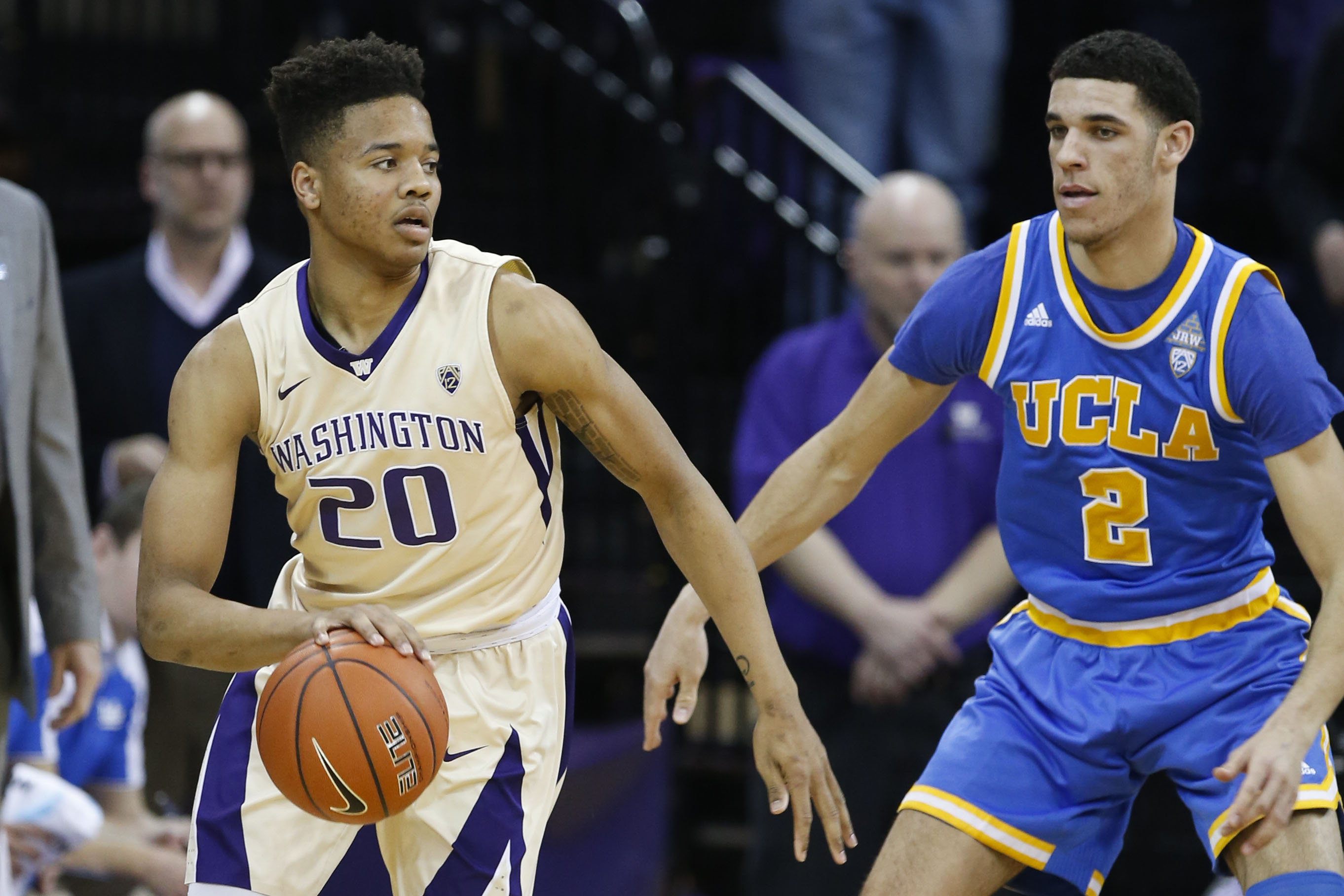