After a miraculous “tank” job towards the latter portion of the season, the Suns were slotted for the second pick in the draft — but slipped two spots due to the ping pong balls not bouncing their way. Although this could have been detrimental to other teams, it actually worked out for Phoenix. The Suns have a logjam at the guard position, and the two top prospects on most boards are point guards: Markelle Fultz and Lonzo Ball.

Phoenix’s front office won’t feel the pressure of passing on one of these players in favor of drafting a different position, and won’t have to face the repercussions from Eric Bledsoe feeling slighted by potentially picking a lead guard early in the draft. It truly is a win-win scenario for the Suns. They can focus on building further upon a talented roster rather than simply accumulating the top players and hoping it all works out.

If they decide to stand pat at No. 4, they would likely “settle” for whomever is left between Kansas swingman Josh Jackson and Duke’s Jayson Tatum. With a core nucleus of Bledsoe, Devin Booker, Marquese Chriss and Dragan Bender, the Suns sorely need a wing that can score, defend and play a couple of different positions to give Coach Earl Watson more options on both ends of the floor.

Jackson is the better defender and fits the bill of the spot-up/off-the-ball type that would mesh well with ball-dominant players like Bledsoe and Booker. He’s also flashed some playmaking abilities off the dribble — averaging 3.0 assists per game in his lone year at Kansas.

Tatum is a tremendous scorer off-the-dribble, and has shown the acumen to play either forward spot. He was best during his time at Duke when playing one-on-one, and could provide a nice offensive punch alongside Booker. The 19-year old from St. Louis was shaky from beyond the arc in college, but possesses enough stretchiness to play the small ball four role in what would be a hyper-athletic Suns lineup.

This all depends on how the Suns envision their immediate future. If management believes in wing T.J. Warren more than they do in Bledsoe, then drafting a point guard starts to become more of an option. If it’s given that Fultz and Ball are off the board at this point, then the next top guy is another Kentucky guard, De’Aaron Fox.

Fox is a true quarterback at the point guard spot — able to shoulder playmaking responsibilities while Booker could focus on scoring the basketball. His speed would get the Suns to push the pace, allowing a rim-runner-in-training like Chriss to thrive in transition. Fox also looks to be a plus-defender — an area in which Bledsoe has lost a step since joining Phoenix.

Phoenix is the rare lottery team with established players on the roster. Bledsoe has a friendly contract considering the expected cap increase for 2018, and teams will surely be calling for him throughout the offseason. His likelihood of being dealt obviously hinges on who the Suns decide on with the fourth pick. Even Brandon Knight could draw some interest as he’s signed through 2020 and could be serviceable as a spark-plug scorer.

It’s not out of the realm of possibility that the Suns – fearful of a team jumping them via Philadelphia – send Knight and their pick to move up to the third spot, ensuring they get their guy ala the Chicago Bears in the NFL Draft. Drafts in the NBA have far less movement than the NFL though, and in all likelihood, the Suns are content with grabbing either of the top wings.

THE VERDICT: Phoenix is best served by standing pat, selecting an elite scorer in Jayson Tatum. 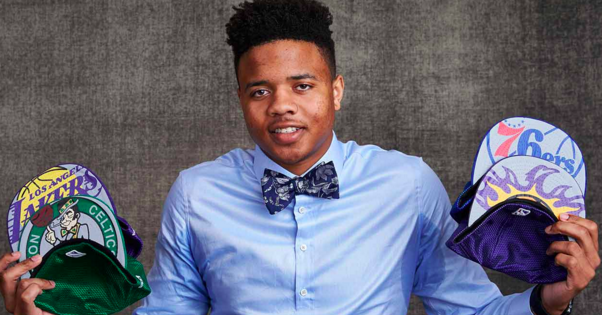