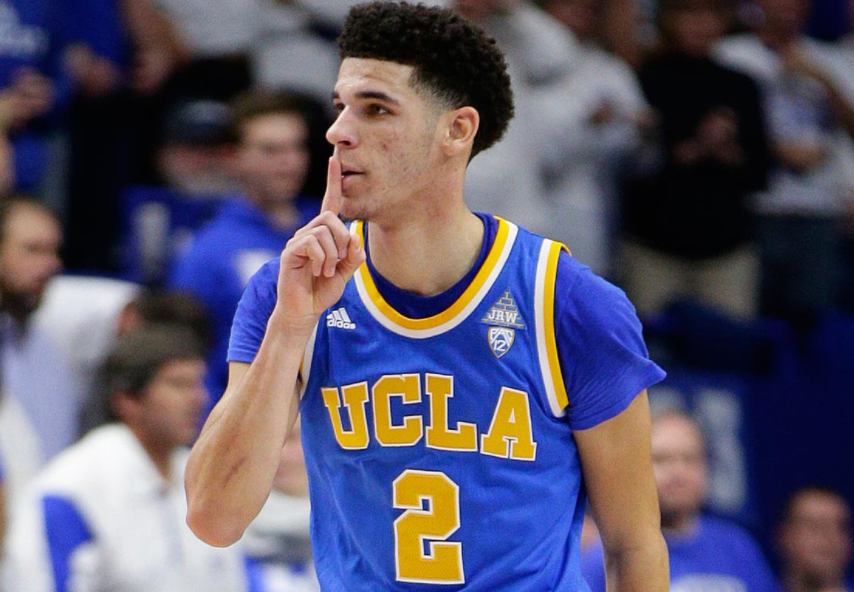 Magic Johnson and his million dollar smile has brought a new sense of life around the Lakers organization. The recently appointed President of Basketball Operations is very optimistic about the future outlook for the team. Starting off the new front office’s rebuilding plan was the all-important Draft Lottery. The Lakers were able to hold on to their pick and secure the No. 2  spot in June’s draft. A franchise going through the worst stretch of its storied history could use some help all over the floor, but they could really kick this process into high gear by selecting PG Lonzo Ball — the local kid from Chino Hills.

A natural point guard, Ball will come in and instantly bring a unique dynamic to this young Lakers squad. For one, the fans will be extremely happy. He’s born and raised in Southern California, played at UCLA, and has been a star in the state since his high school days. The buzz that would surround the Lakers if they do end up taking Ball will be the loudest it has been since Kobe Bryant retired.

As far as on the court, Ball brings plenty to the table. He’s a gifted passer, and can create easy scoring opportunities for his teammates (as demonstrated by his time in college). Players like Brandon Ingram — who struggled with his shot last year — will benefit from getting easier looks off of Lonzo’s ability. He’d also allow D’Angelo Russell to make the permanent shift to the shooting guard spot – his more natural position. Russell is a great passer in his own right, but has struggled as a full-time playmaker at the NBA level. Both players can create for teammates and shoot from the outside, giving Luke Walton the freedom to experiment with different sets that allow each of his ball handlers to create. If the Lakers intend on holding on to Russell, he could also serve as the backup point guard when Ball heads to the bench.

Taking Lonzo seems like the obvious choice, but there is some commotion being made that the Lakers might go in a different direction. Jordan Schultz of Bleacher Report recently tweeted these out earlier in the week:

Per source, the #Lakers would pass on Lonzo Ball if #nbadraft was today. Team isn’t convinced he’s a star and remains concerned about LaVar.

Per source, re Lonzo Ball: “It’s not even close right now. Ball won’t be a Laker unless they really start 2 buy into him as a star.” #lakers

If we are to assume this is true, the Lakers could be moving in a couple of different directions.

Point guard is still a need with Russell likely staying off-the-ball for the time being, and with Markelle Fultz likely being selected first overall, the Lakers could be looking at Kentucky’s De’Aaron Fox with their pick. Fox has the speed and explosiveness to play in Walton’s up-tempo style. His shooting stroke is a work-in-progress, but all of the tools are there for Fox to become the next great Kentucky guard. Fox also greatly outplayed Ball when Kentucky matched-up against UCLA in the NCAA Tournament back in March.

If the Lakers are looking to bolster their depth on the wings, they could be thinking about taking Kansas’ Josh Jackson. It’s unclear how the starting lineup would look if Jackson were to be picked, but the versatile wing would give the Lakers the opportunity to play a version of small ball with Jackson and Ingram at the two forward spots. He’s a great defender that greatly improved as a scorer during his time in Lawrence.

All of these reports could very well just be smoke screens. The Lakers selecting Ball has seemed imminent from the moment they received the second pick in the draft. Of course, we won’t know until June 22nd when Adam Silver announces a player’s name. But let’s not overthink this… pick Lonzo.

It only makes sense.