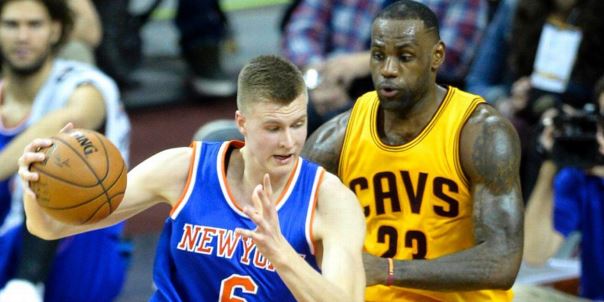 To no one’s surprise, midway through the 2015-2016 NBA season, Golden State Warriors guard Stephen Curry leads the league in jersey sales. The star point guard has arguably performed even better this year than last season’s MVP campaign, and has his Golden State Warriors at the top of the Western Conference with a 39-4 record.

Global superstars LeBron James and Kobe Bryant find themselves at No. 2 and No. 3 on the list, but a particular member of the New York Knicks is quickly gaining ground. Before the season, many would have expected this player to be Carmelo Anthony, but it is in fact rookie Kristaps Porzingis.

The Latvian prodigy was expected to be a 3-4 year project, but is already averaging 14.0 points, 8.0 rebounds and 2.0 blocks per game in his first NBA season. After being booed at the NBA Draft when first selected, many New York fans have joined the “PorzingMania” in anointing him the future of the franchise.

His global popularity has been astounding, as he is the only NBA rookie to place in the top 15 in jersey sales for the season. Ranked ahead of the likes of Kevin Durant, Russell Westbrook, James Harden and Anthony Davis, Porzingis will now have to prove he can beat these guys on the hardwood.

It’ll be a difficult task, but at only 20 years old, there’s plenty of time for Porzingis to show he is capable.