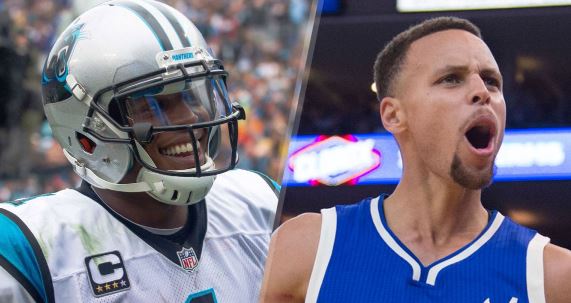 Stephen Curry is a North Carolina native who has never been shy about his allegiance to the Carolina Panthers, but don’t think for a second that that has any impact on Cam Newton’s opinion regarding the best player in the NBA. Despite the very public “bromance” between the reigning MVPs of the NBA and NFL, Newton had this to say on the never-ending Curry vs. LeBron debate:

Newton’s assessment has been dead on thus far, as LeBron has been the clear Finals MVP despite the fact that his team is trailing 2-1 in the series. Through three Finals games, Curry looks like a shell of the player who has won back-to-back MVP awards, averaging 16.0 points, 5.0 rebounds, 4.3 assists and 5.0 turnovers per game while shooting 43.6 percent from the field.

This one play in Game 3 pretty accurately sums up who is winning the LeBron vs. Curry battle through the first three games:

Newton also has a chance to be correct in the other key part of his statement, as another Warriors championship would certainly cement Curry’s title as “the best basketball player on the best team on the planet.”

All the Baby-Faced Assassin and the Warriors have to do is defeat the best player on the planet two of the next four games.