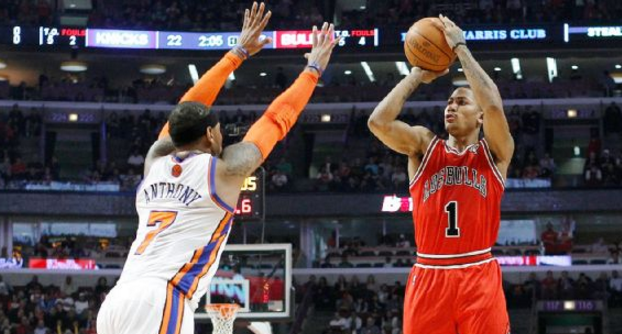 The Jimmy Butler-Derrick Rose era of tension has officially come to an end. The Chicago Bulls agreed to a trade with the New York Knicks that will send Rose, Justin Holliday and a 2017 second-round pick in exchange for Robin Lopez, Jose Calderon and Jerian Grant.

It was no secret that Rose and Butler butted heads when it came to leadership within the organization, leading many to believe one would be traded this offseason. The Bulls decided to part with the oft-injured 2010-2011 MVP, and are ready to rebuild with Butler leading the way.

For the Knicks, the deal comes as an extremely exciting development. President Phil Jackson hasn’t hidden his desire to acquire an upper-echelon point guard to lead the offense, and has accomplished just that by trading for Rose.

After two horrendous seasons resulting in a combined record of 49-113, New York’s new “Big 3” of Rose, Carmelo Anthony and Kristaps Porzingis certainly gives Knicks fans a reason to be optimistic.

And after three straight seasons of failing to reach the playoffs, that’s about all the New York fanbase can ask for at this point.