It all comes down to this. The Golden State Warriors are four wins away from their third-straight championship, and their fourth over the past five years. The Toronto Raptors are appearing in the NBA Finals for the first time in franchise history. Have they done enough to convince Kawhi to stay North of the border? Or do they need to knock off the dynastic Warriors to keep the superstar?

We’ll answer all of these questions — and much more — with our analysis: Everything is setting up for Curry to have a gigantic series. He got hot during the Western Conference Finals, hitting crazy shot after crazy shot. Golden State as a team seems to be on a crusade proving to everyone that it’s still the best team in the world (even without the presence of Kevin Durant). Along with that comes the responsibility for Curry to be the team’s unabated leader. He’ll personally want to showcase his talents in a massive way — particularly if Durant isn’t able to play.

As for the series, I believe it will be a lot closer than people expect. Of course, we don’t know the status of Durant. His potential absence will give Toronto more than a puncher’s chance at pulling off the upset. On the other hand, Golden State has looked really good without Durant on the floor. Are the Warriors better without him? No. Do they have better team chemistry without him on the team? Potentially. Many believe that the ball moves much more freely without his ball-dominant style of play. There’s also the added component of Boogie Cousins returning from injury. Toronto will look to put him in pick-and-roll situations upon him stepping onto the floor. Cousins is obviously skilled and potent around the rim. However, his lack of foot speed — coupled with potentially compromised fitness — might be a deterrent if asked to play heavy minutes. If I’m in Steve Kerr’s shoes, I stagger Cousins’ minutes — instead having him play primarily with the bench as its focal point offensively.

As for Toronto, the Raptors have defended at an exceptionally high level. They’ll most certainly have to navigate the old adage versus the Warriors: Do you switch on screens, or sag and fight through them? Fortunately, Kyle Lowry and Danny Green are both above-average perimeter defenders. Marc Gasol is a bit slower, though he still reads the game at a tremendously high level. And then…there’s Kawhi Leonard — who’s probably playing better than any other postseason player at the moment.

Ultimately, it starts and ends with him. Toronto’s shooters will have to knock down open looks. It can ill-afford two or three stinkers from Lowry. Leonard sets the tone on both ends of the floor. Quietly driven to be the best player in this series, Leonard will prove to be exactly that. At this point, we’ll assume Durant will not return for the playoffs. Should this scenario unfold, Toronto will hoist its first-ever NBA Championship.

Harris Ahmadzai: First off, thank goodness the Eastern Conference will have a new representative this year. Not only was the GS/CLE matchup becoming stale on the floor, the Cavaliers boast some of the lamer uniform options and bland court designs in the entire league. The Raptors, on the other hand, have two great courts to pick from (the traditional black-and-red as well as the black-and-gold “OVO” alternative) and plenty of excellent jerseys to select from. If this Finals provides anything, it will at least be nice to look at two of the best dressed teams in the league.

Enough about fashion, let’s talk hoops. The Warriors enter their fifth straight Finals appearance as confident as ever after reeling off six-straight wins since losing Kevin Durant to injury. Stephen Curry has been sensational, putting on a postseason run his biggest supporters have been clamoring for since he entered his current level of stardom. Draymond Green has played his best basketball in years, and Steve Kerr has gotten contributions from guys like Kevon Looney and Alfonso McKinnie to help round out his short rotations.

While the Warriors are proving to be an elite team even without Durant, a formidable foe awaits. The Raptors are coming off the two biggest series wins in the franchise’s history. Led by the unflappable Kawhi Leonard, Toronto defeated an All-Star squad in the 76ers and handed four straight losses to a 60-win Bucks team that hadn’t lost three straight games all year.

The matchup of styles presents an interesting task for the championship-proven Warriors. Golden State’s core has faced plenty of strong defenses over their Western Conference playoff runs, but always ended up meeting a Cleveland Cavaliers team that never hung its hat on the defensive side of the ball. Toronto gets after it on that end. Virtually every Toronto lineup includes five plus-defenders on the floor at once. The length, smarts, and athleticism of guys like Leonard, Pascal Siakam, and Marc Gasol should — on paper — provide a challenge for the jump-shooting Dubs. Unlike most other teams, the Raptors won’t have to bend their rotations dramatically to matchup with the high-powered Warriors offense.

My biggest fear for the Raptors entering this series is how they are going to find points when Kawhi isn’t going. Leonard has been virtually unstoppable on the offensive end, but no team is more prepared to stop a one-man show than the one that’s beaten James Harden in the playoffs a million times — and Leonard isn’t the creator Harden is. When the Warriors start sending traps and doubles Leonard’s way, the other Raptors are going to have to make plays. The problem is Golden State’s defense is so good at making the extra rotation and gauging when and where to close out on particular shooters. Kyle Lowry, Serge Ibaka, and Siakam need to be ready to shoot, and Danny Green needs to hit a few to get back on track.

I think the Raptors can keep every game close barring a Warrior three-point explosion in Oracle. The home fans in Toronto will be loud, Drake will be doing his thing, and Leonard is good enough to keep any game from being a laugher. But this is the Wariors we’re talking about. Whether Durant or DeMarcus Cousins end up being a factor, I’m rolling with the guys I’ve seen do it before.

Dylan Fraychineaud: Finally, a fresh matchup in the Finals. From the West, the two-time defending champion Warriors. Winners of three of the last four Finals, Golden State enters this showdown brimming with confidence and an overwhelming amount of experience.

Representing the East, making their first ever trip to the Finals, the Toronto Raptors. After a grueling series with Philadelphia that went the distance, Toronto found itself in a quick two-game hole against the favored Milwaukee Bucks. Then, thanks to a mix of stifling defense, Kawhi Leonard and a whole lot of Fred VanVleet, the Raptors stunned Milwaukee by winning four-straight games to close out the series. As a result of finishing the regular season with a better record, Toronto will have home-court advantage in the Finals — meaning Golden State will start on the road for the first time in five Finals appearances. But will it matter?

I don’t think so. While the questions around Kevin Durant’s injury continue to mount, the Warriors have proved they are capable of winning without him. That is not to say they are better without him — that’s simply asinine — but they are still incredibly formidable. Steph Curry is reminding the world why he won back-to-back MVPs before Durant came to town. Draymond Green is arguably playing the best basketball of his career. Klay Thompson is shooting above 40 percent from three thus far. DeMarcus Cousins will be active for Game 1, giving Golden State some welcomed depth. Hell, even Kevon Looney is coming into his own and enjoying a solid postseason.

However, it would be foolish to count out the Raptors — especially with the way Kawhi is playing at the moment. Leonard has been the best player this postseason. His defense has always been his calling card, as he displayed by effectively stifling Giannis in the East Finals, but his offensive production in the postseason has been something to behold. Through 18 games, Kawhi is averaging 31.2/8.8/3.8. He has proven to be a difference-maker, no doubt. Kawhi will get his against the Warriors, but where else will the production come from?

Fred VanVleet went an unfathomable 14-of-17 from three Toronto’s last three games — that will likely not continue. Kyle Lowry, a career 36 percent three-point shooter, shot 46.5 percent against Milwaukee. One would figure that number would also come back down to Earth. Furthermore, Lowry continues to play with a worrisome thumb injury. Pascal Siakam will need to return to form if the Raptors want to win this series. After playing rather well against Orlando and Philly, Siakam struggled to make a big impact offensively against the Bucks.

The way I see it, Toronto’s best chance at winning this series is dependent on a few things: Durant not returning for the Dubs, Kawhi elevating his game even more, and the rest of the squad shooting lights out. It is not unthinkable, but I think it’s unlikely. 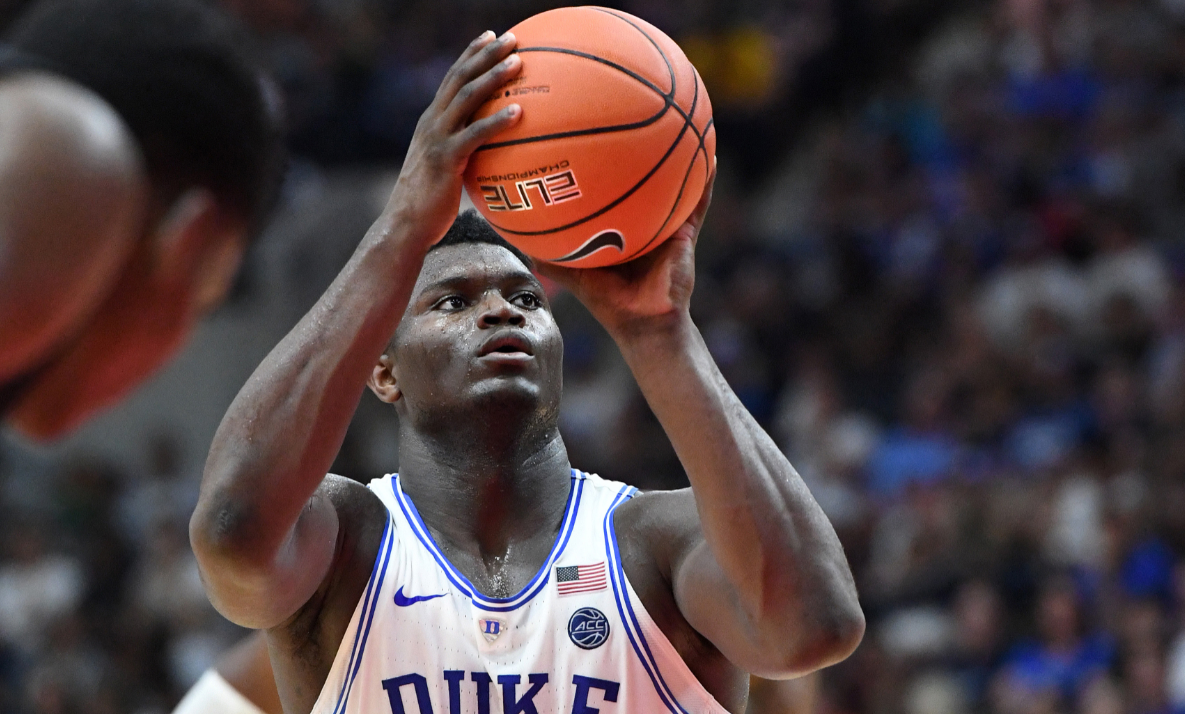