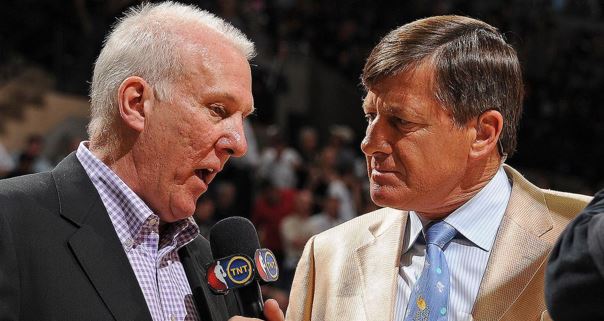 One of basketball’s most beloved individuals, Craig Sager, announced Tuesday that his cancer is no longer in remission. TNT’s sideline reporter has battled leukemia since 2014 and doctors have given a prognosis of 3-6 months left to live.

The 64 year-old started as a reporter in 1972 and became one of the most famous sideline faces in professional sports. He is now in his 17th season as TNT’s main sideline correspondent, and also works in the Turner Broadcasting family with TBS.

Sager took a brief leave from basketball after his first diagnosis, causing him to miss the 2014 NBA playoffs. However, the Illinois native returned, declaring that his cancer was in remission. Now, basketball players around the nation are mourning the recent news.

Superstars Kobe Bryant and LeBron James both expressed their support for Sager via Twitter: Sager, a Northwestern alumni, is known for his wild suits and colorful personality. Many enjoy his moments with San Antonio Spurs head coach Gregg Popovich, an avid snubber of Sager’s questions.

Now, the most recognizable sideline reporter will have to fight his cancer battle again. He has already had two stem cell treatments and two bone marrow transplants, but Sager maintained that he would not give up.

“Still kicking, still fighting,” Sager said. “I haven’t won the battle. It’s not over yet. But I haven’t lost it, either. There have been some victories and some setbacks, but I still have to fight it. A lot of work to do.”

The basketball world will certainly be rooting for him.