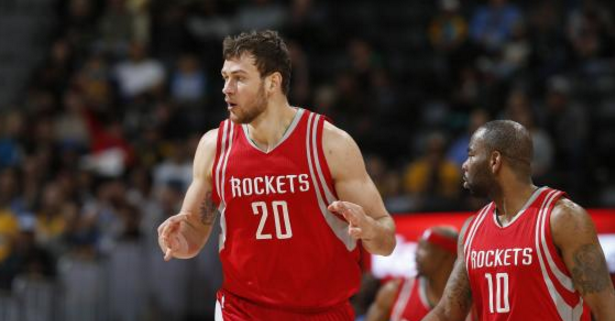 During one of the more boring NBA trade deadlines in recent memory, an under-the-radar deal between the Houston Rockets and Detroit Pistons took place. The Rockets sent Marcus Thornton and Donatas Motiejunas to Detroit in exchange for a protected 2016 first-round pick.

But now, that deal may be void as a result of Motiejunas’ medical condition. The stretch-four from Lithuania underwent back surgery at the end of last season to repair his problematic back, but he has dealt with a few obstacles since then.

Detroit’s physicians are now evaluating Motiejunas, and have asked the NBA for an extra 24 hours (in addition to the typical 72-hour trade window) to determine his condition. Pistons’ president of basketball operations and head coach Stan Van Gundy said, “We’ll see. If they (the NBA) don’t give us more time, we’d have to make a decision.”

It’s a strange position the Pistons now find themselves in, as they believed they had found the perfect complement to center Andre Drummond in Motiejunas. Having already added Tobias Harris in a separate trade with the Orlando Magic, Van Gundy’s philosophy of placing shooters around a dominant center appears to be in full force.

Currently 1.5 games back of the No. 8 seed, Detroit is trying to make the postseason for the first time since 2009. The Rockets find themselves on the opposite end of the spectrum, having made the Western Conference Finals last season and are suddenly looking to build with the future in mind.

With most players on their roster on the trading block, Houston was desperately coveting the first-round pick they received. Both teams have plenty to gain from the trade, making it all the more important Motiejunas’ back passes inspection.