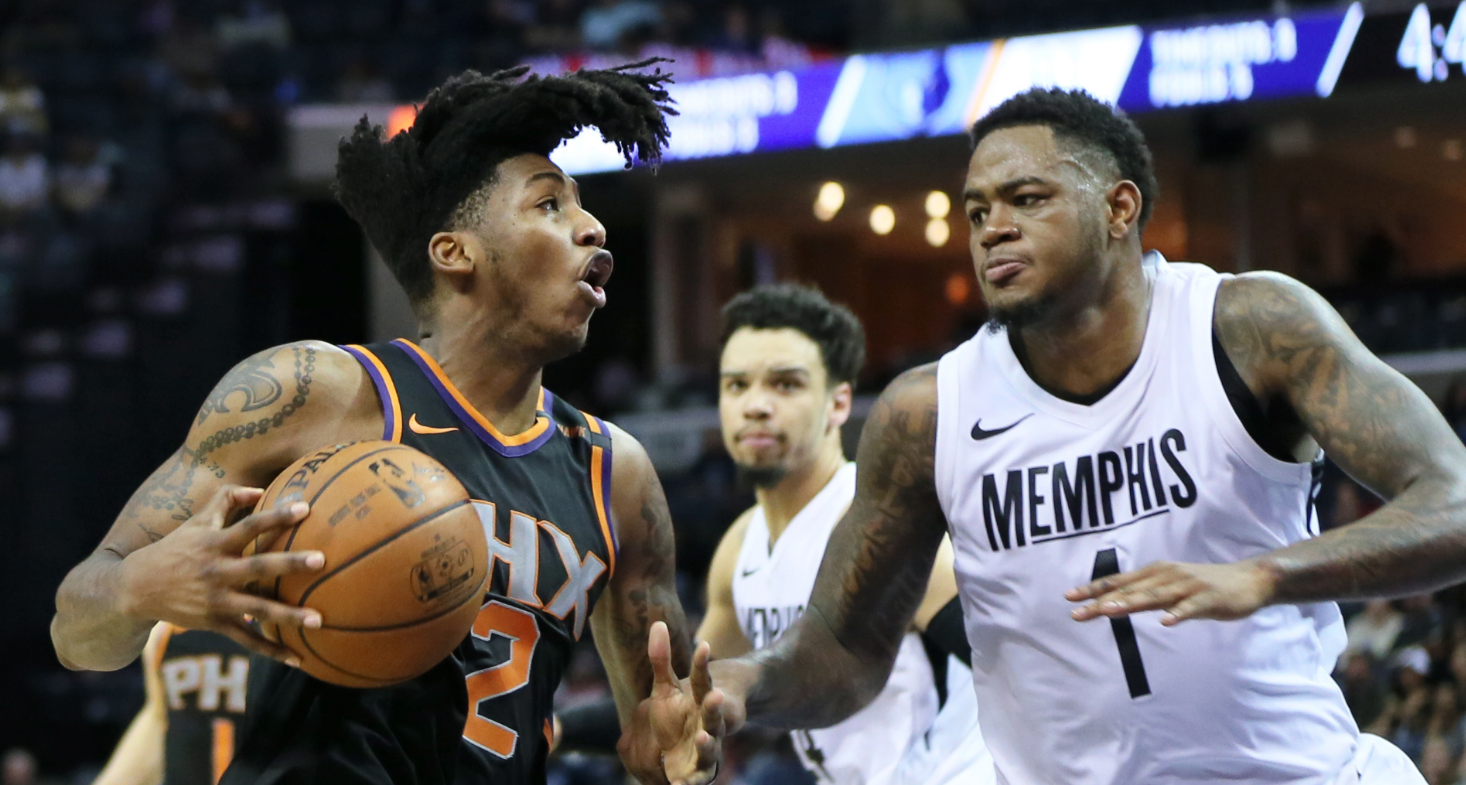 As of March 5th, at least nine teams (nearly one-third of the league!) are in the hunt for the worst record in the NBA. This group of cellar dwellers are in a frantic race to the top (actually, bottom), and this piece will shed some light on which teams are most likely going to win (or lose) out.

Before we get into who’s in Tank-a-Thon 2018, let’s look at which teams are out. The Pacers went from being an expected preseason lottery team to a top-four seed in the Eastern Conference. The Pistons and Hornets actually tried to be good this season, but their sub .500 records serve as a reminder that the latter (probably) should have traded Kemba Walker, and the former (probably) shouldn’t have traded for Blake Griffin at the trade deadline. The Lakers have no real reason to lose considering their pick is going to either Philadelphia or Boston anyway. Their recent five-game winning streak has also put them 10 games ahead of last-place.

Now for the teams in question. As of Monday, the reverse rankings are as follows: Memphis, Phoenix, Dallas, Atlanta, Brooklyn (to Cleveland), Sacramento, Orlando, Chicago, and New York. The group is separated by a total of five games (the bottom eight are separated by just three games, and the bottom six are all within one game of each other). This clutter makes for an insane stretch to end the year, and the players are already beginning to crumble under the pressure:

Hawks-Suns getting a little scrappy 👀 pic.twitter.com/KQGba5WUsh

Currently leading the way are the Memphis Grizzlies by the manner of a few percentage points. If each of these teams were fully healthy, the Grizzlies would likely be the best of the bunch. Prior to the season starting, the Grizzlies had some reason to be optimistic in 2018.

They had gotten younger, and a healthy duo of Mike Conley and Marc Gasol would have kept them in the playoff hunt for most of the year. Instead, Memphis fired David Fizdale after 19 games, were crushed by multiple Conley injuries, and surrounded Gasol with a bunch of G-Leaguers.

The Grizzlies will make their first return to the lottery since 2010 — when they drafted Xavier Henry out of Kansas with the 12th overall pick. As a franchise, the Grizzlies have entered the NBA Draft Lottery with the best odds to win on four separate occasions, and have never ended up with the No. 1 overall pick.

If you’re looking for the momentum pick, the Grizzlies are the best bet. Memphis has lost 13 straight, and Gasol has never been louder with his discontent. That can’t bode well for a young locker room with an interim coach. However, Memphis has always been touted for their scrappiness. They still have the capability of playing above-average defense, and a Conley return could spark a few emotional wins down the stretch.

Elsewhere in the Western Conference are the 45-loss Mavericks and the 46-loss Suns. Dallas has likely been the most unabashed with their tanking tactics. Outspoken owner Mark Cuban was fined last week for teetering on the line of competitive balance, and their recent lineup choices late in games have been laughable at best. Rick Carlisle has pulled Dirk Nowtizki and Harrison Barnes late in games, and has been choosy with Dennis Smith’s fourth quarter minutes.

It’s worth noting Dallas actually had a stretch of six wins in nine games during the month of December (including a 4-game streak over Toronto, Indiana, New Orleans and Oklahoma City). Then, the Mavs went on to lose 17 of their next 21. Dallas sports a -2.9 net point differential on the season. To put that in perspective, the 2015 Brooklyn Nets earned a playoff spot with a -2.9 point differential.

They have a handful of wins against good competition, and keep games relatively close. However, they always find a way to drop nail-biters against fellow tankers. They’re 1-8 combined against the Kings-Bulls-Suns-Hawks quartet, and just one of those eight losses was by a double-digit margin. Dallas seems to have done their homework on losing, and it has paid dividends. They even adopted a bold, new strategy of only having four players on the court at once. And it would have worked too,  if it weren’t for those meddling Bulls.

Elite tanking.
Mavs only had 4 guys on the floor and the Bulls still couldn’t score 😂 pic.twitter.com/gHDk4mFyNI

On the opposite end of the spectrum are the Suns, who are losing because they are just legitimately bad. Who would have thought a roster filled with 20-something-year-olds and Tyson Chandler wouldn’t amount to much at the NBA level? Shocking. Devin Booker’s injuries certainly haven’t helped, but if the team was even close to .500 he probably would have been playing. Phoenix has actually played in more games than every team but the Minnesota Timberwolves.

They’re currently on a 4-for-26 stretch of their own — a run which featured multiple one-possession losses and 30-point blowouts. Phoenix is the most open to playing their youngsters of all the tanking teams. This is mostly because their entire roster is composed of players who can’t rent a car yet. Elfrid Payton and Josh Jackson have been lone bright spots since the All-Star break, and could nerf their ping-pong ball chances moving forward if they continue their level of play.

The last noteworthy team in the West is the lowly Kings. What more can we say about them? It’s past the point of embarrassment for Sacramento. Simply put, it’s at historical levels of ineptness. They aren’t quite sure if they’re supposed to play their best players in the starting lineup anymore. Zach Randolph has turned into the uncle who only shows up to every third family get together. Bogdan Bogdanovic is somehow their best player. Skal Labissiere only started getting consistent minutes after he got injured. Poor Dave Joerger almost passed out mid-game when he remembered Sacramento traded DeMarcus Cousins for Buddy Hield.

On the surface, the Kings should be the Undisputed Champion of Tanking, but they always seem to find a way to accidentally win games this time of the year. A decade-plus of front office follies has placed a dark cloud over the franchise. It would be fool’s gold to bet on them to win anything — even a coin flip in the event they finish with the same record as another team.

Over in the East, the Hawks, Nets, Magic, Bulls and even the Knicks, are trying to keep pace in the loss column.

The Hawks’ situation parallels Phoenix — a young team simply devoid of talent. Atlanta sports the worst road record in the league (5-25) and play 11 of their last 18 games away from Phillips Arena.

Brooklyn has come out of nowhere as a contender for the No. 1 overall pick after dropping 15 of their last 17 games. The losses burn even worse knowing their draft pick goes to Cleveland regardless of where it lands. It actually looked like they were going to be competitive when they were 11-15 early in the season, but losing Jeremy Lin and D’Angelo Russell for most of the season were huge blows.

You have to feel for the Nets — a team that competes every single night. Considering they aren’t actively tanking, we’ll bank on Brooklyn putting together some wins and comfortably finishing ahead a majority of the aforementioned teams.

Orlando legitimately thought they were playoff contenders for a split-second to start the season — only to suffer a dramatic offensive drop-off. An 8-4 start provided hope for the Magic faithful, but losing streaks of nine (twice), seven, and six put the stamp on another Lottery-bound year. If Orlando can take anything out of this season, it’s that they finally figured out Aaron Gordon isn’t a small forward. Now, the Magic are in prime position to add to their young core. Coincidentally, a “once-in-a-generation” center appears likely to be the top pick. Will DeAndre Ayton join Shaquille O’Neal and Dwight Howard as Orlando first overall picks whom led the Magic to the NBA Finals (only to then leave for the Lakers)?

(The Lakers are already salivating at the thought of trading Josh Hart, Thomas Bryant and a 2022 First-round pick for Ayton in four years).

All kidding aside, Orlando’s season hinges on a six game stretch to end March. During that week, the Magic face Phoenix, Brooklyn, Chicago, Atlanta, New York, and Dallas. If they can get out of that brutal stretch with one win, Orlando’s tank will be tough to beat.

The Bulls reside in the same boat as Orlando. A memorable 7-game winning streak in December produced the false grandeur of an 8-seed. Fred Hoiberg and the front office have since realized their lack of playoff chances, and have begun resting starters over the past few weeks.

The Bulls and Nets are setting basketball back 50 years pic.twitter.com/bsee1vzEjN

Of all the teams in the Tank-a-Thon, Chicago has executed it in the most appealing way. Red-hot Nikola Mirotic was traded for future assets. Lauri Markkanen has been afforded every opportunity to either succeed or fail. Zach LaVine has started playing big minutes since coming off injury. They’ve even found some quality holdovers such as the rejuvenated Kris Dunn and the defensively-stout David Nwaba. Chicago’s plan has been akin to the Philly model, but the Bulls have better basketball players than those abysmal 76ers teams had. Adding a Marvin Bagley or a Jaren Jackson to this group would be scary.

Lastly, we have the Knicks. It wasn’t supposed to be this way, New York. The Knicks were actually fun to watch to start the year. On the back of Kristaps Porzingis, the Knicks were a respectable 18-18 at the end of the calendar year. Then, the basketball gods decided Knicks fans were having too much fun and snatched Porzingis’ ACL. It’s quite a shame, but the recent string of losses has rebooted the tank. They’ve recently had one-possession losses to the Hawks and Kings, and play a healthy amount of playoff hopefuls to end the season. The dark horse Knicks might win something this season after all.

It’s truly too close of a race to call. Any of these teams are capable of reeling off 10 losses in a row at the drop of a hat. Given each team’s current standing, Phoenix, Dallas and Atlanta are positioned best to end with the league’s worst record. With that said, it wouldn’t be shocking to see any of the other clubs give those three a run for their money. 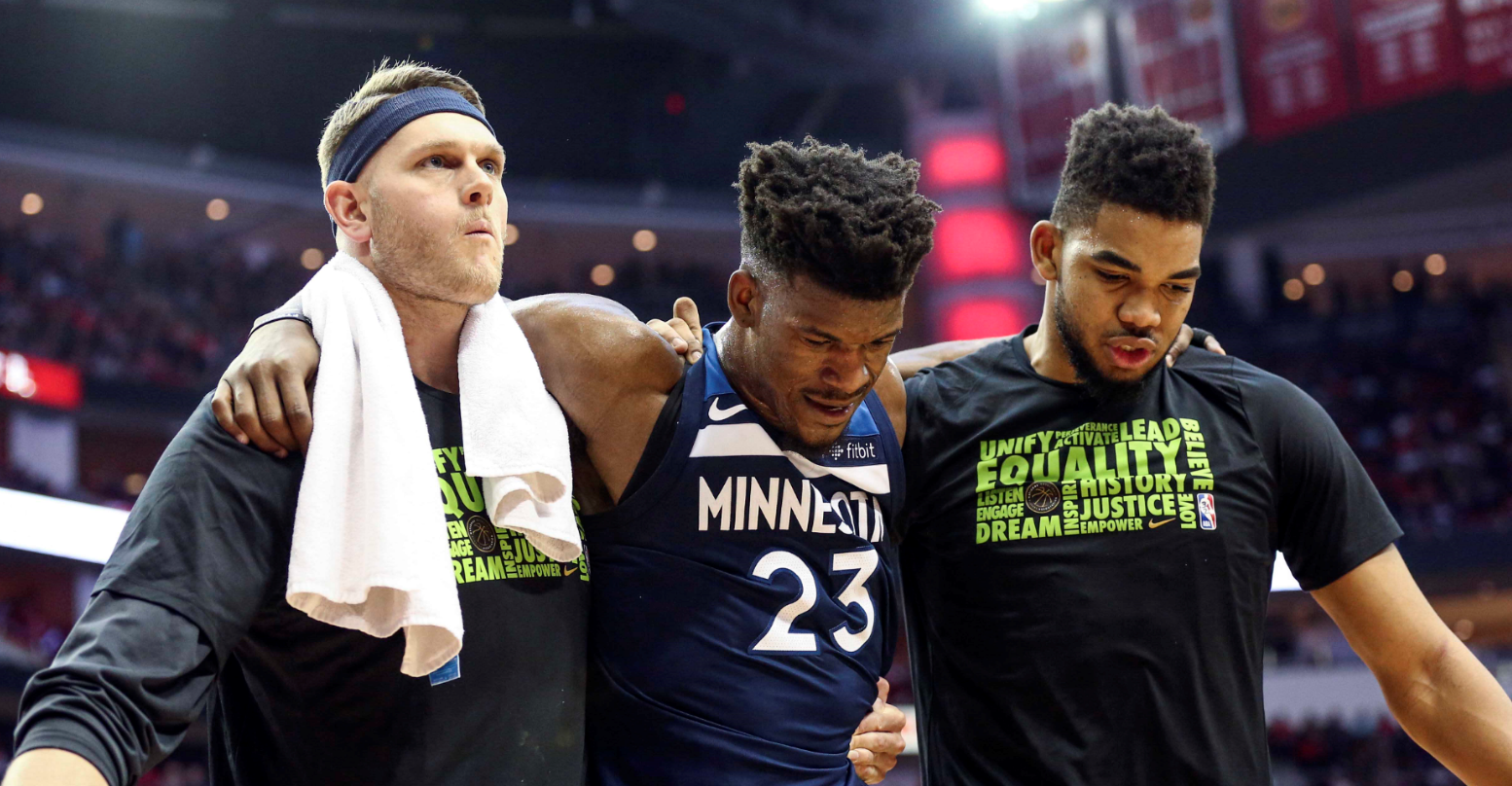