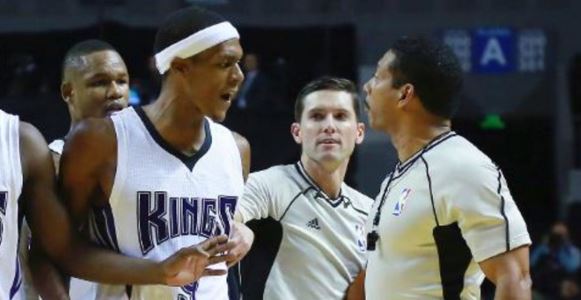 Luckily for Kennedy, he got the last laugh.

10 days after the Rondo incident, Kennedy told Yahoo! Sports, “I am proud to be an NBA referee and I am proud to be a gay man.” Kennedy went on to say, “I am following in the footsteps of others who have self-identified in the hopes that will send a message to young men and women in sports that you must allow no one to make you feel ashamed of who you are.”

It is a powerful response to Rondo’s antics by Kennedy, as he became the second NBA referee (and first male) to announce his homosexuality.

Rondo quickly took to Twitter to publicly state that his behavior in no way conveyed his feelings toward the LGBT community, but the damage has already been done. With more individuals like Kennedy showing a willingness to step forward and denounce despicable language, outbursts like Rondo’s will be tolerated less and less.