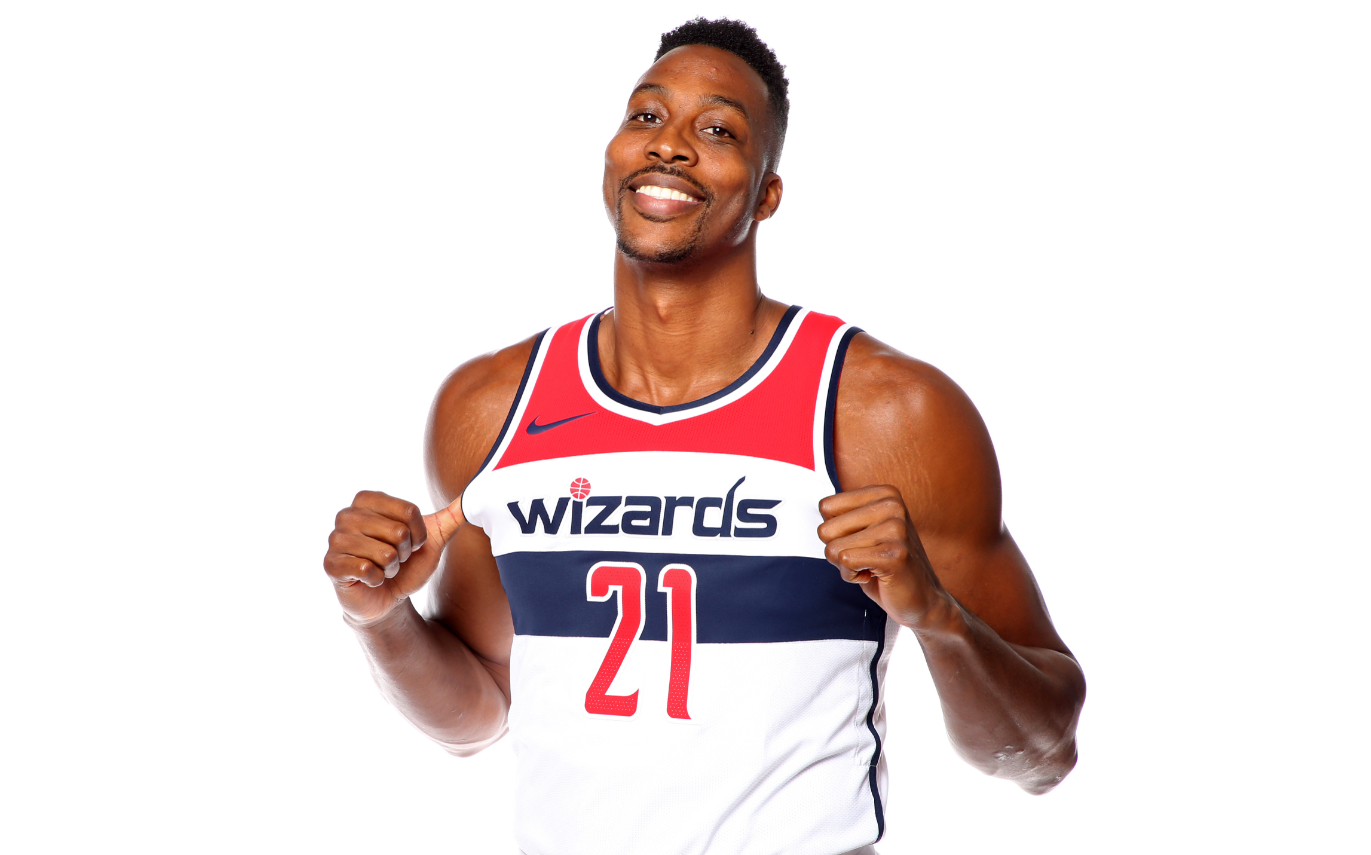 Time and time again, the NBA proves itself to be the most captivating league in professional sports. Just two months removed from a snooze-inducing fourth NBA Finals matchup between the Golden State Warriors and Cleveland Cavaliers, the hype surrounding the 2019 season remains at a fever-pitch. Star players have been shuffled around, the plethora of talented rookies are getting acclimated to their teams, and a chunk of players are fighting for roster spots and playing time.

Before we enter the preseason, here are some of our picks for the most important, game-changing, and head-scratching moves of this past summer:

It seems necessary to block LeBron from this category. If he leads the Lakers to the playoffs in 2018, that would mean about a 15-win improvement from last year. Any player that adds double-digit wins to his new team is probably the biggest signing of the offseason.

Handing out the award for the ‘Second Best Signing’ is a bit more difficult. DeMarcus Cousins comes to mind. Golden State signed him for next to nothing, adding a a fifth All-Star to a team that has won three championships in the last four seasons. It’s unclear though how big of a role he’ll have after recovering from Achilles surgery. The Pelicans also landed Julius Randle at a bargain price, but I worry about the awkward fit next to Anthony Davis — especially if it means the Davis/Mirotic frontcourt won’t see as much run.

Jordan isn’t quite the bouncy defender he was during the ‘Lob City’ days, but he’s an excellent rim runner that is highly efficient and easy to get along with. The Mavericks have shown a commitment to competing while simultaneously rebuilding. If Dallas can make a postseason run with Jordan playing at a high-level, it would do wonders for the development of Dennis Smith Jr. and Luka Dončić.

The Rockets deserve more credit for what they did this past offseason. Everybody wants to focus on the losses of Trevor Ariza and Luc Ricard Mbah a Moute. Both will be missed to a certain extent, but Daryl Morey was never outbidding the Suns for Ariza, and Mbah a Moute was uncomfortably bad in the playoffs last year.

Instead, we should be focusing on the fact that Houston locked up two-thirds of a trio that boasted a 53-7 record while starting together. Houston has Paul, Capela, and James Harden under their control until at least 2021, and no GM is better at finding value with minimum contracts than Morey. The Rockets may not win 65 games again, but they remain a threat to Golden State’s perch.

Most Destined to Fail — Dwight Howard to the Wizards

Talk about two entities that completely deserve each other. After trading away a competent center in Marcin Gortat for the underwhelming Austin Rivers, the chronically-dysfunctional Wizards were left without a big man. Instead of a void in the middle, they now have a black hole.

Howard has reached a level of irrelevance that was unimaginable a few years ago. After flame outs with Kobe Bryant, James Harden, the entire city of Atlanta, and the Hornets, Howard set a new-low by being traded for Timofey Mozgov, only to eventually be bought out by the Nets.

In a parallel universe, the Wizards end up as the 3-seed in the Eastern Conference playoffs, buoyed by the pick-and-roll potency of Wall and Howard. But we all know how this story really ends. Wall will (rightfully) reduce Howard to a rim runner, as Dwight gets increasingly flustered by his lack of post touches. Even with a slew of solid individual defenders on the roster, the Wizards will be a bottom-half defensive team due to a lack of cohesion, effort, and focus. Washington will ungraciously bow out in the first round of the playoffs, the Wizards will market the 2020 season with some ‘addition by subtraction’-themed tag line, and Howard will be searching for his fifth team in as many years.

Team That Did The Best With What They Had — Brooklyn Nets

The only real winner from the Howard trade (other than Mozgov who gets to remind himself he’s paid nearly as much as a former three-time Defensive Player of the Year) was the Nets. The Nets were able to unload two years of the Mozgov deal onto Charlotte, and finalizing a buyout with Howard ensured their long-term cap flexibility. For a team that hasn’t had their own draft pick since a reality television star became the President, the Nets made a slew of good moves over the past month to improve their future.

Taking on Kenneth Faried’s contract is worth the first-round pick they received from Denver in return (and Faried isn’t unplayable, even if the Nuggets made it seem so). Shabazz Napier and Joe Harris are both good players that they got on reasonable deals. 2018 draftees Dzanan Musa (29th) and Hamidou Diallo (45th) could have each went about 10 picks higher than they did. Overall, the team is more talented and better equipped for the long haul than they were entering the offseason.

San Antonio won 47 games last year, and will be adding DeMar DeRozan. Toronto is coming off a 59-win season, and will be swapping DeRozan for a superior player in Kawhi Leonard.

Now, that doesn’t necessarily mean both teams will increase their win total next year. The Spurs are the more likely of the two, after failing to win 50+ games for the first time since Tim Duncan left Wake Forest. San Antonio’s starting lineup will be a funky fit, as DeRozan, Rudy Gay, and LaMarcus Aldridge are hardly prototypical Spurs-type players. Gregg Popovich will extend DeRozan’s range a bit, and should eventually get the former Raptors star to buy-in on the defensive end. If DeRozan becomes even an average defender, he’ll make a claim for being one of the 10 best players in the league.

Toronto’s situation is a bit cloudier. DeRozan represented continuity in the Raptors’ organization. He’s the only star in franchise history that actually wanted to play there. He and Kyle Lowry shared the league’s best bromance, and we’re unsure how the 32-year-old Lowry will react to his friend being traded away. But this is Kawhi Leonard we’re talking about. When healthy, he’s one of the five best players in the world. He’s more efficient than DeRozan, and is arguably the best perimeter defender the league has ever seen. Besting 59 wins is a tall task, but the Raptors can still be an improved team, even if it doesn’t show up in the standings.

James Harden and Victor Oladipo blossoming into bona fide superstars shouldn’t take away from the fact that Sam Presti is an absolute wizard when it comes to trading. His timing for extracting optimal value is virtually unparalleled. He’s consistently thinking a few steps ahead, as evidenced by the Reggie Jackson deal in 2014. He traded a disgruntled Jackson to Detroit for Enes Kanter. Presti then flipped Kanter (and Dougie McBuckets) for Carmelo Freaking Anthony. When the Anthony experiment didn’t work quite right, he sent the overpaid former superstar to Atlanta for a 24-year-old guard that just averaged 20 points and six assists per game.

Schröder will help in Oklahoma City’s efforts to avoid being a complete dumpster fire when Russell Westbrook rests. He’s athletically gifted, offensively capable, and is already the best backup point guard in basketball. If the addition of Schröder also means Westbrook will start playing off-the-ball more, it’s a total coup for the Thunder.