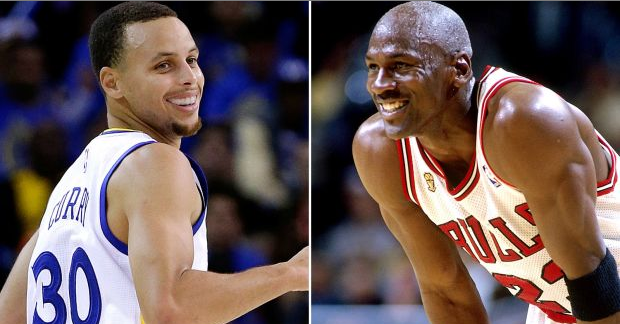 As outlandish as Charles Barkley’s statements were about the 2015 Golden State Warriors taking on the 1995-1996 Chicago Bulls, he raised an interesting debate. When asked about their playoff odds, he claimed that the 1996 Chicago Bulls “would kill” the 2015 Golden State Warriors if they were to play. He backed up his statement explaining, “could you imagine how many points Jordan would average if you couldn’t touch him?”

However, having competed against the dominant 1995-1996 Bulls’ squad, Barkley’s bias overlooks what would be a very competitive showdown. Like any hypothetical game, this one would come down to match-ups.

While MJ in his prime was difficult for anyone to defend, the Warriors possess several long wing defenders (Klay Thompson, Andre Iguodala, Harrison Barnes, Shaun Livingston) capable of making life at least semi-difficult for Jordan.

The Dennis Rodman-Draymond Green matchup would be extremely entertaining to watch, as both would undoubtedly be ejected before halftime. Both teams have extremely insignificant big men, so the center match-up isn’t worth mentioning.

Point guard appears to be the most lopsided match-up though. In 1996, the Bulls depended on Ron Harper and Steve Kerr in the backcourt with MJ. Unless Jordan or Scottie Pippen was to switch on defense, Stephen Curry would have a field day against these Bulls. Based on what he’s shown in 2015, Curry doesn’t appear to be containable. Pippen and Jordan might cause him fits, but the greatest shooter of all-time would make this much more competitive than Barkley claims.

Belittling a team coming off an NBA championship and 25 wins in their last 26 games is a bold move – especially from a guy who never won a ring himself.