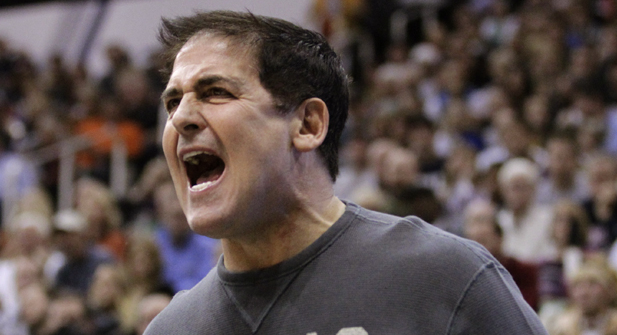 Mark Cuban, fiery owner of the Dallas Mavericks, is back at it again – blasting an NBA referee mid-game this time.

Never one to be soft-spoken or reserved, Cuban took to Twitter Friday night to publicly roast referee Derrick Stafford. Cuban, who can frequently be seen screaming from his courtside seats in Dallas and on the road, fired off a series of tweets from home after Mavs center Salah Mejri was called for a travel in the second quarter of a loss to the Golden State Warriors.

During his tenure as owner of the Mavs, Cuban has amassed over $1.5 million in fines. Known for his outbursts and unmatched passion for his team, Friday ‘s display will not come as a surprise to many.

Although Cuban targeted Stafford for what he deemed questionable calls, Stafford wasn’t the only one Cuban threw shade at. In a subsequent tweet sent to ESPN, Mavs beat-writer Tim MacMahon and writer Nate Duncan, Cuban focused his wrath on the NBA’s referee management team.

Nunn, who was an NBA referee for 19 seasons and served for five years as the leagues’ Director of Officials, was reassigned in 2008 in the wake of the Tim Donaghy scandal.

With the Mavs currently clinging to the 8th and final spot in the Western Conference playoff race, it is easy to see why Cuban became agitated. Every game from this point on is vital for Dallas’ playoff hopes. And while a loss to the record-seeking Warriors is expected, Cuban and his trademark scowl are not content with referees ‘mailing it in’ and potentially costing his team.