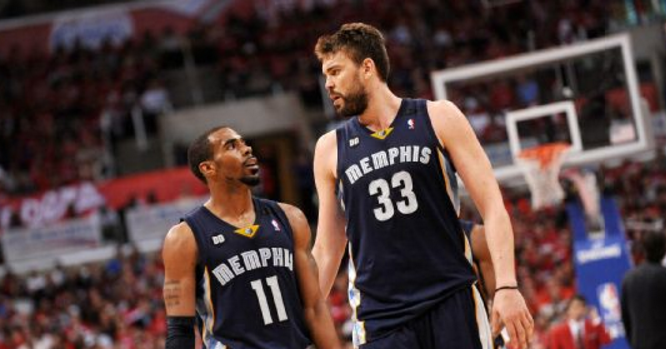 The Memphis Grizzlies have been one of the hottest teams in basketball since 2016 began, skyrocketing up to the No. 5 seed in the Western Conference. Unfortunately, just as momentum started to build, their franchise cornerstone, Marc Gasol, went down with an injury.

Whether Gasol has surgery on his foot – the likely course of action – or not, he’s expected to miss 6-8 weeks. The more optimistic time frame would put his return date around April 1, only 12 days before the Grizzlies’ regular season concludes.

The ramifications for not having Gasol for the rest of the season are simple. They now need to fight for their playoff lives without their go-to scorer and rim protector. The Western Conference’s bottom four spots are up for the taking, but the task becomes increasingly difficult without Gasol in uniform.

Gasol’s injury creates a long-term problem as well, since the Grizzlies find themselves caught between rebuilding for the future and making another run at a championship.

Point guard Mike Conley Jr. is Memphis’ youngest core member at 28, but is set to become a free agent this offseason. The Grizzlies would need to offer Conley a five-year deal worth around $100 million to retain him, but based on Memphis’ current roster, they’d be better off letting him leave.

With competing for an NBA title out of the question due to Gasol’s injury, Memphis’ front office unintentionally had its long-term strategy planned for them. It’s time to rebuild, and that starts with trading Conley now while Memphis can still get something in return.