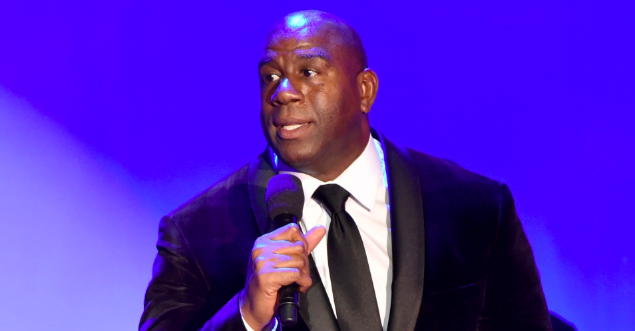 After the Golden State Warriors steamrolled the Cleveland Cavaliers in Game 2 of the NBA Finals, shooting guard Klay Thompson made headlines when he proudly declared, “We are better than the ‘Showtime’ Lakers.”

If anyone had a front-row seat to the Lakers’ dominance in that time period, it was Klay Thompson. His father, Mychal Thompson, was a key contributor in helping Los Angeles win two titles in the 80s, and actually agreed with his son’s statement.

On his radio station the “Thompson and Trudell Show,” Mychal said, “Golden State would outscore us 50 to 15 on threes. So how are we supposed to win? So I agree with Klay, I think they would beat us. We couldn’t keep up with them offensively because of the way they can score so quickly.”

However, Magic Johnson, the centerpiece of the ‘Showtime’ Lakers, wasn’t as quick to concede:

Johnson also went on to credit Stephen Curry and Klay Thompson for doing amazing things for the league, but didn’t waver on his belief that his Lakers would reign supreme.

For as exciting of a matchup as this would be, sadly, it’s one that is left to NBA 2K simulations and our collective imaginations.