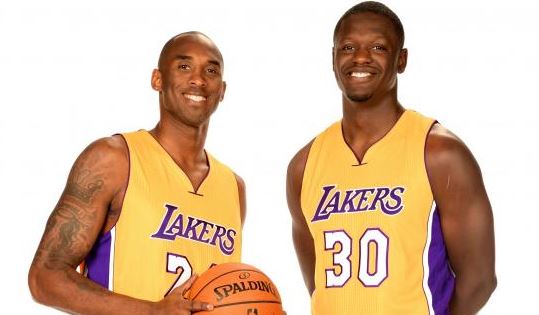 Fun Fact – Nick Young is 48-116 while a member of the Los Angeles Lakers, which is the worst win percentage of any player (minimum 100 games) in franchise history (.293)

Offseason Recap
It’s impossible to tell which event from 2013 is truly responsible for cursing the Lakers. It might have been the tragic passing of legendary owner Jerry Buss in February of 2013, or when Dwight Howard turned down more money from LA to abandon ship and flee to Houston in free agency. Only time will tell, but Lakers fans might actually consider assassinating Dwight if he gets a ring before they do.

Los Angeles traded for center Roy Hibbert to protect the rim, so long as he can continue to run up and down the court. On second thought, maybe the Lakers can leave him on defense and just play 4-on-5 on offense in hopes of having better spacing.

Second-year guard Jordan Clarkson will look to build on last year’s success, likely being paired with D’Angelo Russell in the starting lineup. Lou Williams and Nick ‘stop calling me Swaggy P’ Young form an entertaining backcourt duo off the bench that should handle the scoring load when the starters are out.

Despite numerous incidents in his one year at the University of Washington, center Robert Upshaw gets a chance at redemption with the Lake Show after not being selected in the draft. He’s one of several young players the Lakers are bringing to training camp who will be fighting to make the final 15-man roster.

Metta World Peace and rookie Marcelo Huertas are the only guys over 30 (not named Kobe) on the roster, meaning these are younger players’ best options in terms of seeking guidance.

Last but not least, Kobe Bryant returns for his 20th (and possibly final) season in the league. No matter what their win/loss record reads in April, this is easily the most intriguing Lakers team of the past five years.

Best Case Scenario
The Black Mamba stays healthy for…50 percent of the season? Coach Byron Scott rests him excessively throughout the year and he admirably plays in the final regular season game against the Utah Jazz. Randle also peaks during his sophomore campaign, which takes pressure off of the young guards and allows them to play more aggressively. After making the roster, Metta World Peace officially changes his name back to ‘The Panda’s Friend,’ inspiring a brief return to the starting lineup. However, this run abruptly ends two weeks later when he changes it back to Ronald William Artest. The Lakers go .500, leading Lakers Nation to throw a parade and declare that their dynasty is back.

Worst Case Scenario
Well, it’s hard to think of a scenario much worse than the past two seasons. Kobe gets injured in the team’s third game and reluctantly announces his intention to retire after the season. Without any competent veteran guidance other than Bryant and Huertas, the young players make their fair share of mistakes and Roy Hibbert literally morphs into a stone statue. Nick Young somehow manages to play even more inefficient basketball, leading Iggy Azalea to leave him for the more team-oriented J.R. Smith. Everyone stops paying attention by the All-Star break, so out of frustration, Byron Scott swaps the Los Angeles Lakers and D-Fenders rosters.