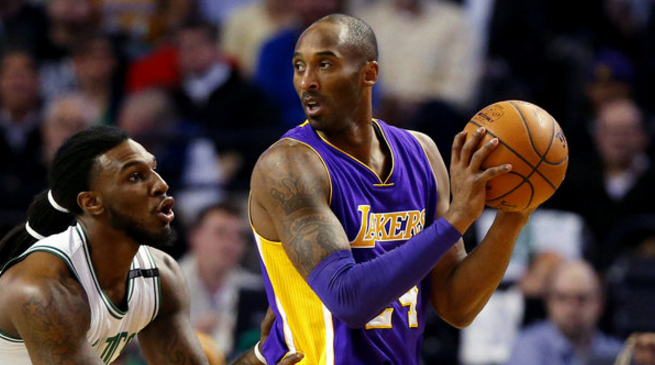 The Lakers have stuck with Kobe through thick and thin. They’ve done everything in their power to support their superstar, and have five championship banners to show for it. However, we’re now witnessing what happens when that same superstar runs out of gas.

The Lakers have taken a not so subtle nose dive to the bottom dwellers of the league, and are looking primed for a top 3 pick in the draft (if they’re lucky). The roster they have put on the floor the past few years has been an embarrassment to the franchise. Though this has caused the fan base to become fed up with the team’s lack of competence, the Lakers seem to be following the blueprint for rebuilding as well as anybody.

In the NBA, you either want to be really good, or horribly bad. There’s no consolation for being the “48-win, first-round exit” team every year. The 76ers have attempted to follow these guidelines the past few years, to the dismay of many, while failing to ever really improve. The key difference for the Lakers is that they are still able to sell tickets, no matter how bad their on-court product is.

It’s not the most appealing team to watch, but Julius Randle, Jordan Clarkson and D’Angelo Russell at least offer promise for the post-Kobe Lakers.

On the opposite end of the NBA fan spectrum, the Boston Celtics also find themselves in a time of transition.

Boston wasn’t quite as loyal to their former stars. After essentially letting Ray Allen walk for nothing, the Celtics effortlessly traded away Paul Pierce and Kevin Garnett to the Brooklyn Nets in what now looks like the biggest heist in NBA history.

Just two years later, the Celtics did away with their enigmatic point guard, Rajon Rondo, for a few picks and a couple of journeymen. The Celtics had seamlessly traded away their entire championship core within the span of a couple of years, and it couldn’t have made Boston faithful feel very good about the future of the team.

Fast-forward to 2016 and the Celtics are looking as appealing as they have been in years. Isaiah Thomas was acquired for nearly nothing and is the most unstoppable offensive force under 6’0″ since Allen Iverson.

Cheap acquisitions such as Evan Turner and David Lee have resurged under Brad Stevens. Jae Crowder looks like a legitimate 3-and-D glue guy. Boston has even found a niche with the “will definitely bust” lottery picks in Kelly Olynyk, Jared Sullinger and Marcus Smart.

It also doesn’t hurt that the Celtics have the option to swap picks with the Nets (currently have the third worst record) in this upcoming draft. Simply put, times are good in Boston right now.

Kobe’s final game in Boston at the TD Garden resulted in a surprising victory for Los Angeles. It will be one Laker Nation relishes until the NBA draft lottery, while the Celtics may look back on losses like these as the tipping point in playoff seeding. Either way, a couple of seasons from now, we will likely be seeing both of these storied franchises on top of the NBA yet again.