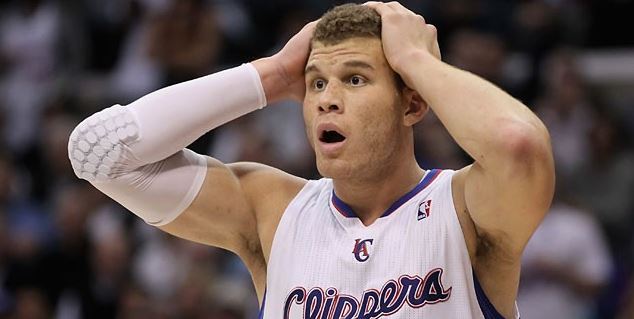 Superstar forward Blake Griffin hasn’t played since Christmas Day, but the former Oklahoma Sooner is finally ready to return from hand and quad injuries that have held him out for the past three months.

However, a fight between he and a Clippers equipment manager that resulted in Griffin breaking his right hand will force him to wait a few more games before playing. The power forward was suspended for four games by his team and docked five games of pay ($859,442) for the incident.

With Griffin having been cleared for full contact, his four-game suspension began on Sunday against the Denver Nuggets. Griffin will miss the team’s next three games, and is expected to be in uniform April 3 against the Washington Wizards.

Griffin’s return can’t come soon enough for the Clippers – a team many peg as having a very slim chance of capturing their first-ever NBA title. Locked in as the West’s No. 4 seed, Los Angeles appears destined for a brutal Western Conference Semifinals date with the Golden State Warriors.

While Los Angeles went winless against the defending champs this season, they held fourth quarter leads in both games Griffin participated in. His ability to spread the floor, match up with Draymond Green and help the Clippers play ‘small-ball’ is imperative if Los Angeles is to have any chance of advancing.

During Griffin’s absence, the Clippers have gone a respectable 28-14. Much of that has to be attributed to point guard Chris Paul, who carried the offense in a time when Los Angeles sorely missed their go-to scorer.

Griffin has averaged 23.2 points, 8.7 rebounds and 5.0 assists per game this season and will be a key piece for the Clippers’ championship aspirations. But with his return set for April 3, Griffin will only have six games to get acclimated with new teammates and reintegrate himself into the flow of the game.

All the Clippers can do is hope that will be enough.