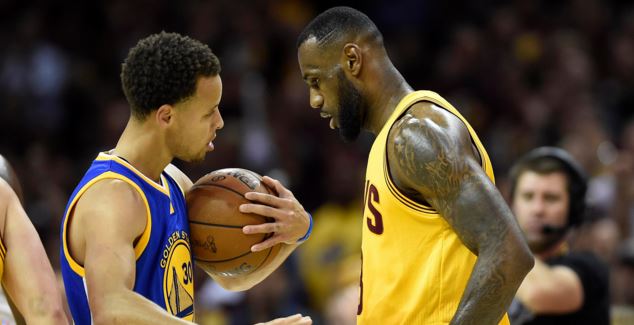 First of all, let’s make something clear: LeBron James stated emphatically that he agreed that Stephen Curry deserved to be named league MVP for the second consecutive year. It’s what he said afterwards that has left people scratching their heads in confusion.

The day after Curry was voted the first unanimous winner of the award in 61 years, James, who finished third in the voting, said the honor can be interpreted in different ways. Please proceed, your highness… “I think sometimes the word ‘valuable’ or best player of the year, you can have different results,” said James, a four-time MVP. “You know, that’s not taking anything from anyone that’s ever won the award.”’

Curry is the 11th player in league history to be voted MVP in consecutive seasons, and first since James in 2012 and 2013. The Warriors’ superstar is also the first guard to do it since Phoenix’s Steve Nash in 2005 and 2006.

James did go on to praise Curry in a way that would suggest he thought Curry was in fact the most valuable player, saying, “Look at Steph’s numbers. He averaged 30, he led the league in steals, he was 90-50-40 (shooting percentages from the free-throw line, field and 3-pointers), and they won 73 (games).”

LeBron continued, “So, I don’t, do you have any debate over that, really, when it comes to that award? But when you talk about most ‘valuable’ then you can have a different conversation, so, take nothing away from him, he’s definitely deserving of that award, for sure.”

Are you as confused as the rest of us?