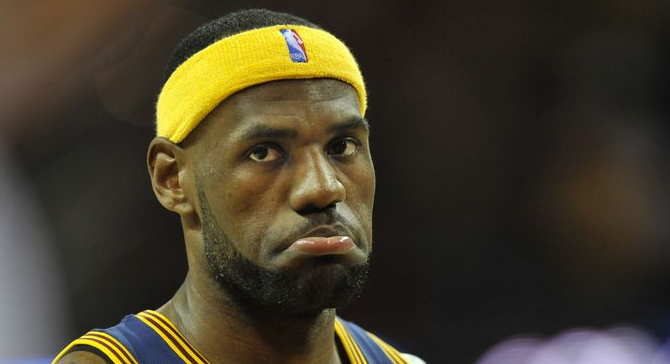 Since Tyronn Lue took over as head coach nearly two weeks ago, the Cleveland Cavaliers have been playing at a noticeably faster tempo. However, based on the past two games, the Cavs’ adjustment period to this new style may take longer than originally anticipated.

On Friday night, Cleveland fell 104-103 to the Boston Celtics on a last-second three-pointer from guard Avery Bradley, dropping Lue to 5-3 as head coach. Despite a 5-point lead with 18.6 seconds remaining, the Cavaliers committed several careless mistakes down the stretch that ultimately opened the door for their second straight defeat.

“It’s not about the wins and losses, but it’s about how we lost,” LeBron James explained. “How we lost, it hurts. It’s been a while since I felt like this.”

Although James did his part with 30 points, several of his teammates made poor decisions as the Cavs held a 4-point lead with 7.5 seconds left. After J.R. Smith fouled Evan Turner on a made layup, Turner missed the subsequent free throw, only to watch the rebound deflect off Timofey Mozgov and out of bounds. This allowed for Bradley to seize the moment as his defender, Iman Shumpert, swiped at the ball instead of contesting the game-winning shot.

While they looked sharp throughout the majority of the game, Cleveland showed there is plenty of room for improvement. Cleveland has struggled after halftime, as this loss to Boston was on the heels of a defeat to Charlotte in which they were outscored by 18 points in the second half. If these key mistakes continue to happen late in games, the questions will continue to circulate around this basketball team all season long.

With their lead in the East down to 1.5 games, Cleveland must find their identity soon if they want to avoid painful losses like this one in the future. Otherwise, they might not escape the much improved Eastern Conference in 2016.