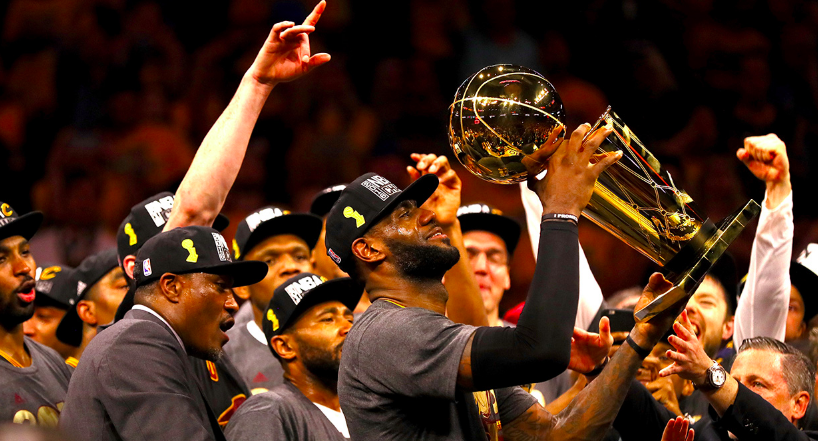 Relief was the first noticeable emotion on LeBron James’ face when the clock struck zero. Kevin Love was the first to pounce on James to celebrate, with the rest of the team following suit seconds later.

An unexpectedly overwhelmed LeBron collapsed to the floor, fully embracing the fact that he had just led his hometown franchise to its first-ever NBA championship.

“The Decision,” the bad blood with ownership and the empty promises for the first 12 years of LeBron’s career dwindled away before our eyes. In fact, LeBron summarized all of this in five words immediately after the game. Unable to stop the tears, LeBron screamed, “Cleveland, this is for you!”

It was the kind of vulnerable moment you so rarely see from athletes at the top of the sports world, and will join Jordan crying on the ground with the trophy, Kobe jumping into Shaq’s arms and Kevin Garnett screaming “anything is possible” in NBA Finals eternity.

Playing in the biggest game of his career, LeBron turned in an epic 27-point, 11-rebound, 11-assist performance. The stats don’t tell the whole story though, as no piece of paper could possibly convey the importance of his chase-down block on Andre Iguodala or the free-throw he hit with 10 seconds left to make it a 4-point game.

LeBron was voted the Finals MVP unanimously – an almost poetic reminder that the first-ever unanimous league MVP is still nowhere near King James’ level. James dominated Stephen Curry in every statistical category and every one-on-one showdown, firmly eliminating any debate over who the best player on the planet is. 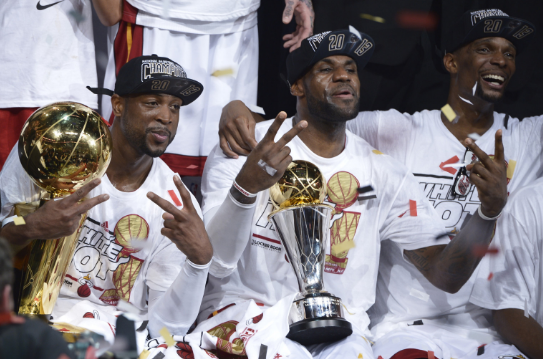