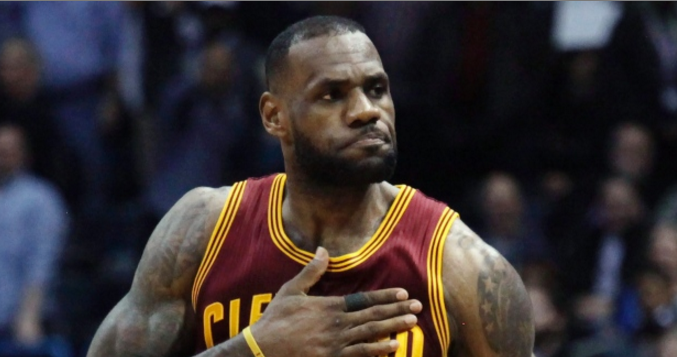 Cleveland Cavaliers superstar LeBron James set the social media world on fire when he unfollowed the Cavs’ official Twitter and Instagram accounts on Monday. When reporters tried to uncover the reasoning behind LeBron’s decision Monday night, the forward seemed annoyed and curtly replied, “next question.”

On Tuesday though, James appeared much more willing to discuss the matter. Explaining that he has shifted into “playoff mode,” James is hoping to eliminate any possible distractions moving forward.

A key reason for James’ change in mindset with three weeks left in the regular season could be due to the current Eastern Conference playoff race. James and the Cavs hold a slim 1.5 game lead over the Toronto Raptors for the No. 1 seed and home-court advantage.

But despite LeBron’s all-business mentality, it doesn’t seem he’s ready to rid himself of all social media platforms this postseason. LeBron hinted at joining Snapchat with this tweet:

Whether or not he actually creates a Snapchat account remains to be seen, but LeBron will undoubtedly be uploading videos to “Uninterrupted” – the platform he created to help athletes share personal stories – throughout the playoffs.

With the Cavs fully healthy and starting to play their best basketball of the season, Cleveland looks to have a very serious chance at the franchise’s first ever Larry O’Brien Trophy.

A dialed in LeBron James will only help that cause.