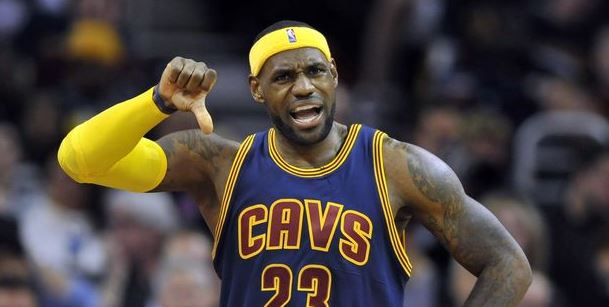 LeBron James and the Cleveland Cavaliers are coming off a humiliating defeat at the hands of the Golden State Warriors. Losing by 34 points to the defending NBA Champions, Cleveland is looking to regroup and refocus their energy on the remainder of the season.

With skeptics now questioning whether the Cavs are even a legitimate title contender, LeBron was quick to point out to reporters that this team is still growing together. LeBron explained: “You want instant success. When guys come together, it’s like instant oatmeal. They want to throw it in the microwave for 30 seconds, it’s done and then it’s ready to go. It doesn’t work that way.”

James listed Golden State, San Antonio and Toronto as teams who have had time to work together and figure things out. Due to a multitude of injuries, Cleveland’s unit has only logged a total of 50 games together, and have gone an impressive 43-7 in the process.

Talent alone won’t be enough to bring Cleveland its first NBA title in franchise history, but with 43 more games to improve before the postseason, the Cavaliers remain as dangerous as ever.