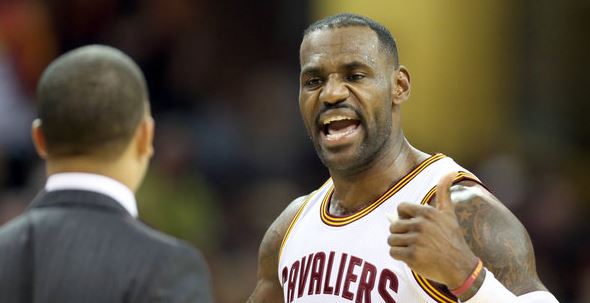 The moment the Cleveland Cavaliers fired head coach David Blatt, the rumors that it was LeBron James’ doing began swirling. While Cleveland’s front office maintains they acted alone in dismissing Blatt, everyone is aware that LeBron wasn’t sad to see him go.

With James being known to butt heads with his coaches from time to time, many have begun labeling him as a “coach killer” of sorts. Never one to keep his opinions to himself, critics have claimed that LeBron has a tendency to undermine his coach – whether intentional or not.

This hasn’t sat too well with the Cavs’ star player, who responded harshly to these accusations. “What do you guys want me to do, turn my brain off because I have a huge basketball IQ? If that’s what they want me to do, I’m not going to do it because I’ve got so much to give to the game. There’s no difference for me telling my teammates or telling guys how to get better with their game.”

LeBron continued, “If I feel I got something that will help our team, ultimately, I like to give it. It helped me get two titles. So, but I think it does suck that people want to throw my name in dirt for no particular reason, because of speculation or whatever the case may be.”

With Blatt now gone, former assistant Tyronn Lue was officially named head coach. Following the coaching switch, James already made it clear he will continue to voice his opinions in the same way he has under every other coach.

The whole world will be watching to see if Lue can get James and the Cavaliers playing at the level everyone expects. If Cleveland fails to do so, we know LeBron won’t hold back with the media.