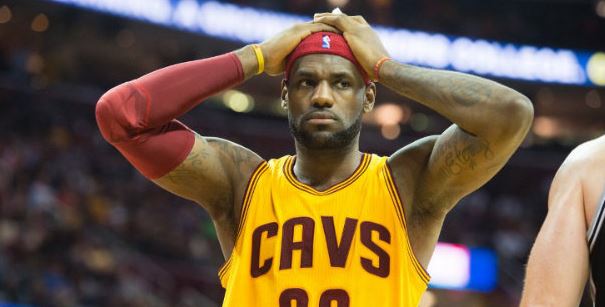 With the NBA Finals matchup set, fans are left eagerly anticipating the start of the series Thursday night. And while analysts try to break down the matchups and determine who will win it all, Las Vegas sportsbooks made it quite clear who they give the advantage to.

Vegas has listed the 73-win Golden State Warriors as approximately 2-to-1 favorites to knock off the Cleveland Cavaliers for the second consecutive season. However, that doesn’t mean LeBron James views his team as an underdog.

When asked his thoughts on the topic, LeBron replied, “Not my concern. I don’t get involved in all of that – underdog, overdog, whatever the case may be. It’s stupidity.”

Clearly annoyed with the never-ending praise regarding Golden State, James has every reason to be confident heading into the Finals. The Cavs have gone 12-2 this postseason, and unlike last year, Cleveland enters the Finals with a fully healthy Kyrie Irving and Kevin Love.

With both teams at full strength and a championship on the line, this showdown between the two best teams in the NBA promises to be an absolute war.