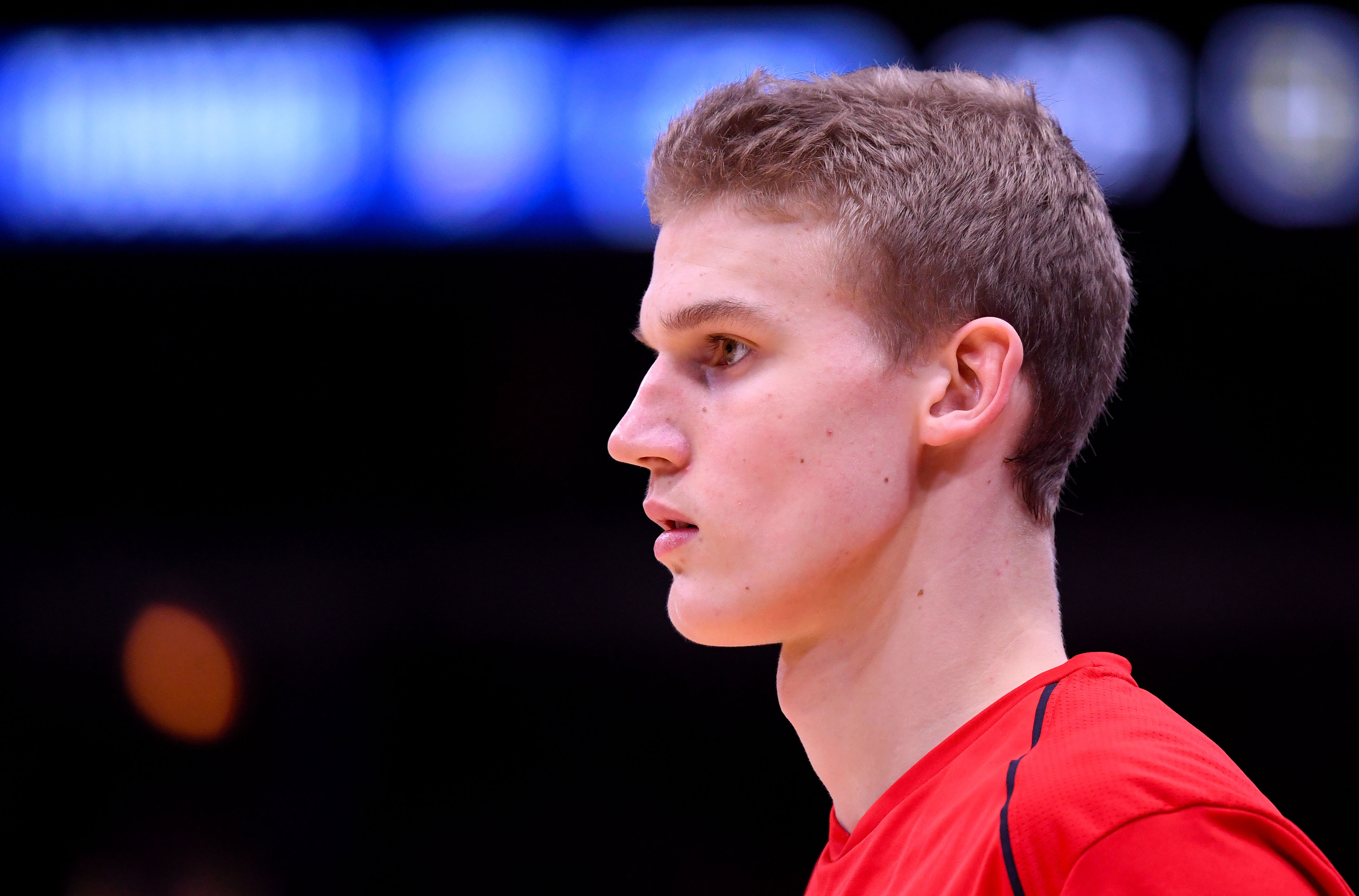 A robbery. That’s the only way to accurately describe the trade agreed upon by the Bulls and Timberwolves during the 2017 NBA Draft. The deal reunited Jimmy Butler with Tom Thibodeau in Minnesota. In return, Chicago got the seventh overall pick, Zach LaVine (coming off an ACL tear), and former lottery pick Kris Dunn. The Bulls didn’t even get to keep their own draft pick — as the T’Wolves somehow ended up with the 16th overall pick in the deal as well. It looked to be a poor deal on Chicago’s part.

However, Lauri Markkanen is trying to change all of that.

There was a high amount of skepticism surrounding Markkanen after the trade. Chicago hasn’t had a great track record with their recent picks. 2016 first rounder Denzel Valentine is a career 34-percent shooter. Their 2015 first rounder just knocked out Nikola Mirotic in practice. In 2014, they drafted quality players in Gary Harris and Jusuf Nurkic — only to trade both of them to Denver for Doug McDermott. 2013 first-rounder Tony Snell is currently contributing for the Bucks more than he ever did in Chicago. They also selected the worse Teague brother — Marquis, not Jeff — in 2012.

It’s worth nothing that Markkanen was technically drafted by the Timberwolves, and then traded to Chicago (although Minnesota has a penchant for flubbing draft picks as well). But for all intents and purposes, this was the Bulls’ selection.

As a prospect, Markkanen admittedly had bust-like characteristics. He’s not a great athlete, defender or finisher around the rim. Markkanen’s outside shot — coupled with his size — were skills intriguing folks around the NBA. In the early part of this season, the native of Finland looks like he’s shaping up to be a quite a player.

Through eight games, Markkanen is leading the team in scoring (16.3 PPG) while shooting respectable averages from the floor (43.1 FG%, 37.9 3P%). Markkanen has already shown he’s willing to be the go-to player on an offense at just 19-years old.

Calling him a “shooter” is almost an understatement. In today’s NBA, everybody can shoot. Pau Gasol and Brook Lopez are canning threes from the corner with regularity. But those guys are set-shooters, whereas Markkanen is of a different breed. Markkanen doesn’t need much room to get his shot off, and he’s got a pure release. He’d be a great shooter even if he was 6’0”.

A big concern surrounding him would be his ability to get his own shot off. Fred Hoiberg has done a good job of using Robin Lopez (an excellent screener) to free Markkanen off the ball. But when teams start blitzing that screen, Markkanen needs a counter. He’s at least shown he has a step-back in the repertoire:

The amount of space he creates on that move is borderline unfair against an athletic defender in Okaro White. He got the better of White for a majority of that game:

Without LaVine, the Bulls have virtually nobody on the perimeter that can beat a defender off the dribble. Because of this, opponents will feel more comfortable switching on ball screens. This then leaves a smaller guy on Markkanen. He bullied Goran Dragic on two occasions throughout that Miami game. One bucket went for a driving floater, while the other ended up being an easy lay-up after posting up the Slovenian guard. It’s always encouraging when a rookie big man can take advantage of these situations.

Everybody knew he could score, but Markkanen’s biggest questions marks came on the other side of the floor. He wasn’t a great rebounder or shot blocker during his time in Arizona. It’s obviously a small sample size, but he seems to have worked on that part of his game. Markkanen is averaging 9.3 RPG — a solid leap from his 7.2 average in college (while playing just one more minute per game). An integral trait in being a good NBA defender is possessing the ability to demonstrate effort:

Markkanen shows on the screen, gets back to his man, puts his body on Kevin Love, and challenges his shot. If he plays that hard on most defensive plays, he’ll be fine on this end of the floor.

Markkanen’s quick start should serve as a reprieve for Bulls fans. Although they lost a top-10 talent in Butler, their future doesn’t look all too bleak.

The Most Surprising and Disappointing Teams in The NBA So Far