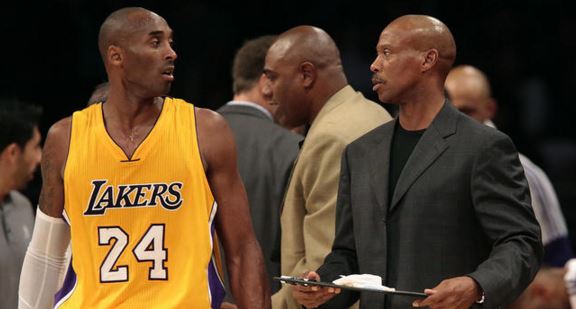 Byron Scott, the least successful head coach in the Lakers’ franchise history, was fired after going 38-126 in his two years with Los Angeles.

Last year’s 21-61 campaign and this year’s 17-65 season were the two worst in franchise history, making Scott’s firing far from surprising. He worked hard all season with an underwhelming team, but was often criticized for his old-fashioned coaching tactics.

As a player, Scott spent 11 seasons as a shooting guard with the Lakers, playing a key role in bringing three championships to Los Angeles. As a coach though, Scott’s efforts were much less successful.

With Scott gone, general manager Mitch Kupchak has already begun looking for replacement options. The team has plenty of candidates as Derek Fisher, Luke Walton, Kevin Ollie, John Calipari and others have been linked to the coaching vacancy. Kupchak said he hopes to find the correct man for the job soon.

“I think it’s unlikely there will be anything done in the next week or two,” Kupchak said on Time Warner Cable SportsNet. “But certainly I don’t anticipate this dragging into the summer. We’d like to get it done. We’re looking to have a big offseason. It would be nice to have our staff in place during the draft and certainly when July 1 rolls around.”

Scott, a class act, took his release on the chin.

“This is my dream job, and obviously, you want the opportunity to turn it all around,” Scott said. “But I understand the business of basketball, and it’s all about wins and losses.”

And with much more of the latter than the former, Scott’s dismissal was inevitable.