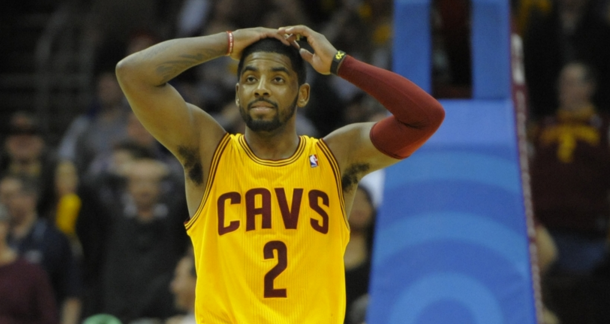 So it turns out Kyrie Irving will not be making his season-debut Thursday against the Thunder, as originally reported by ESPN. Irving himself refuted the report on Twitter, and said he’ll let us know directly when he’s ready to go, and that seems like a good source to me.

Kyrie is probably smart to hold off testing out the knee against the frantic Russell Westbrook—for both his physical and mental health. The Cavs are well-positioned in the standings, getting healthier, and seem to be actually having fun, so a few more days without Kyrie is no biggie.

For us fans, though, of course, the pertinent question now becomes whether Kyrie will play on Christmas Day, when Cleveland faces Golden State in the season’s marquee match-up. Fortunately for Irving, after Thursday, the Cavs next two games are against the unintimidating Philadelphia 76ers and New York Knicks. In all likelihood, he’ll suit up for one or both of those games to find some rhythm before getting to chase around the league’s best point guard as a Christmas present.

If David Stern were still in charge, there would probably be some joke here about the Cavs’ schedule being this pillowy the week before Christmas, just in case Kyrie might need a few extra days, but instead, let’s just wish for some Kyrie under the tree.