The Dubs showed no sign of a hangover after their emotional drubbing of the Cleveland Cavaliers on MLK day, knocking off the Thunder by 20+ points for the second time this season. At 36-6, they’re on pace for another 70-win season and grade out as historically great in all major categories (point differential, assists, offensive/defensive efficiency).

Much like the first time these two teams met, Kevin Durant obliterated the Thunder and is now averaging 39.5 points per game on 70 percent shooting against his former franchise. Durant took his dominance to a new level on Wednesday night, doing something LeBron, Kobe and Jordan have never done – score 40 points on just 16 field goal attempts.

Durant’s efficiency was already one of the league’s best, but add in the Warriors’ surrounding talent, and it creates a situation where he never has to take a bad – or even average – shot.

On the other hand, Brodie didn’t bode so well. Yes, MVP-candidate and loyalist Russell Westbrook notched his 21st triple-double of the year and stays the course on his incredible run of averaging a triple-double over the season, but he also had some not-so-bright moments. Westbrook tallied his fourth game of the season with at least 10 turnovers. His FOURTH. The rest of the league has four combined individual games of 10 or more turnovers all season.

You don’t have to go too far back to find the last time he did it, which was Friday against the Grizzlies. He’s been posting big numbers in the assist column on a nightly basis, but has to start taking better care of the ball. Close games can be decided by just a possession in the NBA, and throwing possessions away at this rate can be very costly.

As a team, Golden State was able to defend Westbrook with their bevy of capable wing defenders, but the Thunder had absolutely no answer for Durant (or the rest of the Warriors’ stars for that matter). Luckily for the Thunder, they more than likely won’t be matching up against the Warriors in the playoffs. With the Warriors likely to finish as the No. 1 seed and the Thunder well-clear of the 8-seed, Durant’s first game back at Chesapeake Energy Arena on February 11 will likely be the last time these two teams square off.

With plenty of boos to be expected and Russell Westbrook treating the game like it’s the Finals, February 11 should be a day marked on every NBA fans’ calendar. 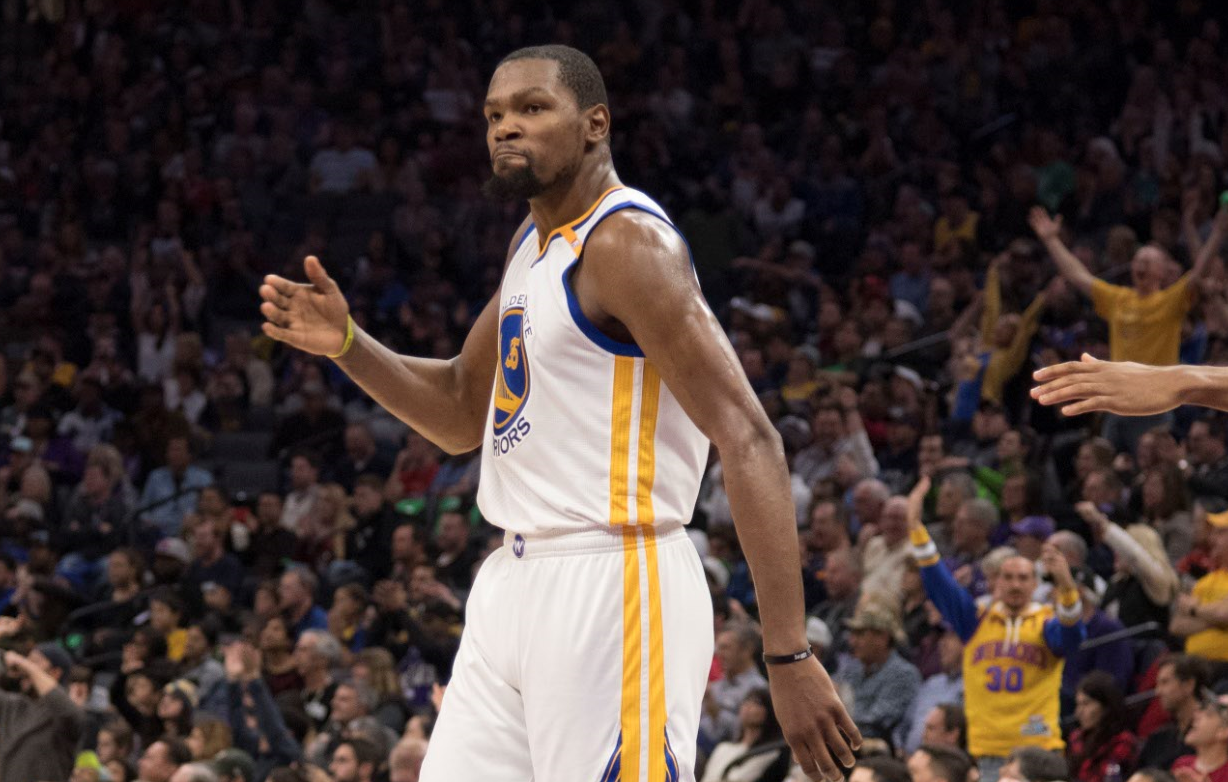