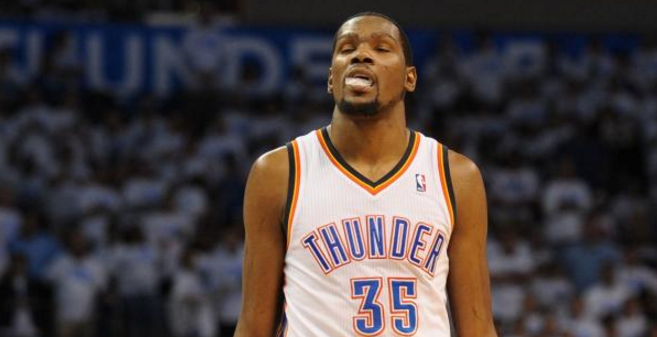 Kevin Durant is furious with the way the Oklahoma City Thunder are playing, and for good reason. Since the All-Star break, the No. 3 seed in the Western Conference has limped to a 2-5 record while looking apathetic in the process.

Perhaps the biggest concern is the way Oklahoma City has performed against the other elite teams in the West. After the craziest game of the regular season in which the Thunder were beat by Steph Curry and the Golden State Warriors, Kevin Durant and Russell Westbrook’s squad followed it up with an epic collapse against the Los Angeles Clippers.

Carrying a 17-point lead heading to the fourth quarter, the Thunder disintegrated down the stretch, allowing the Clippers to close the game on a 26-5 run and steal a victory. It would’ve been a tremendous win for the Thunder after the heartbreak they experienced against the Warriors, but instead, they left with another reminder of their inability to close out games.

At 42-19, Oklahoma City still holds a slim lead over the Clippers (40-20) for the No. 3 seed in the West. However, losses against two of the teams the Thunder could face in the postseason certainly hurts from a psychological standpoint.

With another game against the Warriors set to take place Wednesday night at Oracle Arena, it doesn’t seem like team morale will be improving anytime soon for the Thunder.