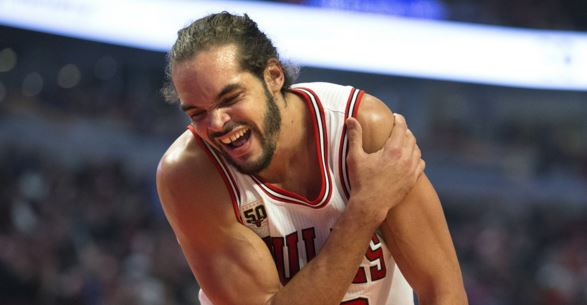 As we approach the midway point in the NBA season, it’s a wide open race for the No. 2 seed in the Eastern Conference. With the Cleveland Cavaliers maintaining the best record thus far, it’s still unclear which East team will provide the biggest challenge to them.

Despite Joakim Noah dislocating his shoulder, the Chicago Bulls could still very well be that team. Noah’s recovery time is a reported 4-6 months, leaving the possibility open that he could return for the playoffs. But while his shoulder heals, Noah has unintentionally cleared the front-court logjam for the Bulls.

Earlier this season, Noah actually elected to come off the bench so he could play more with longtime teammate Taj Gibson. That left Pau Gasol and Nikola Mirotic as the incumbent starters, where they’ve stayed for the majority of the season.

These two will likely receive the bulk of the front-court minutes in Noah’s absence. His injury also frees up time for Doug ‘McBuckets’ McDermott and rookie Bobby Portis. Throw in Gibson, and Chicago has several different options that coach Fred Hoiberg can utilize.

No matter how the Bulls adjust to the loss of Noah, they will only go as far as Jimmy Butler can take them. And luckily for them, he has been playing out of his mind lately, including a 53-point performance against the 76ers last Thursday.

Noah’s injury might appear devastating on the surface, but Chicago still possesses the necessary pieces on their roster to make a run at Cleveland in the East.