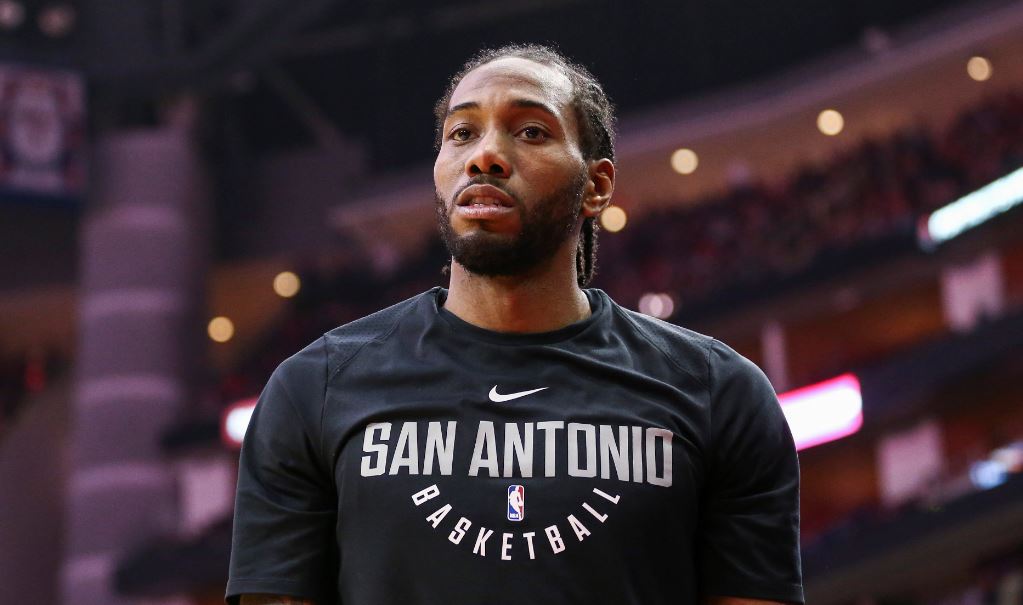 Even though he was on his ninth consecutive week of vacation from work, he was an unhappy employee. So unhappy, that he went to his bosses and told them he wanted to work somewhere else. His company not only valued his contributions, it needed them. But the company complied with the request. Why? I have absolutely no idea.

In late August of last year, the Cavaliers traded Kyrie Irving to Boston. A company is not bigger than its employees. If you ever need proof, tell your boss about the time Irving and the 25th pick in the draft were shipped out in exchange for Rodney Hood, Larry Nance Jr., Jordan Clarkson, the 8th pick in the draft, and someone named Ante Žižić. Whoops.

More than any other sport, basketball is based on stars, which makes us believe in their leverage. But it’s overplayed. Consider that Kyrie Irving still had two full seasons, plus a player option, left on his deal when he was dealt. What exactly was he going to do if the Cavs answered him the same way yours answers you when you ask for a raise? ‘Uh, Kyrie, so…no.’

Sure, the star can always hold out, pout, cause discord, go to the media, or worst of all, attack on social media. But that’s a risky play for them too. It changes what teams, fans, and the world, think about them. This is big boy sports. More teams should take a big boy stance and call the bluff of the player.

In June of last year, the Bulls ended a lengthy standoff with Jimmy Butler, sending him to Minnesota for Zach Lavine, Kris Dunn and the draft pick that would become Lauri Markkanen. All three are good players. Ya know, good, like a bowl of vanilla ice cream. Vanilla is good, but it needs chocolate sauce, or sprinkles, or brownies to really make it great. (Vanilla ice cream hate mail can be tweeted to @Mark_T_Willard). By the way, the Bulls won 27 games last year with those bowls of vanilla ice cream.

So, San Antonio Spurs, I’m talking to you. Truly, this one is a high-stakes game of chicken. On one side, the Spurs, who, if they hold on to Kawhi Leonard, could end up with absolutely nothing. The lengthy run of success would almost assuredly come to an end if he walks next summer. No doubt the Lakers would be high on his list, which would be a extra knife twist to the Spurs.

But on the other side, you have Kawhi, who has plenty to lose also. He’s barely played in a year, so how healthy is he? What if he comes back next season and doesn’t play quite as well? Or gets re-injured? And even if he lights it up and leaves, he’s still leaving millions on the table because that super max contract offer can only come from the Spurs.

The team has more power than you might think. They have a great coach who’s been known to convince an angry star that staying on the RiverWalk is the right thing to do. LaMarcus Aldridge was feeling a lot like Kawhi just 11 months ago. He ended up having a great year. By the way, we don’t even really know how Kawhi is feeling this year. He talks as much as Charlie Brown’s parents, so your guess is as good as mine.

If I’m the Spurs, I pull out the dice and roll ‘em. NBA teams, understandably, are scared to lose a star. Here’s the thing, the only way to guarantee losing a star, is to trade one. If they play this out, he might stay. If they trade him, he’s gone, and they will not get a star in return. Teams never do.

Let’s play a game. Tell me the last time an NBA star was traded and the team that gave him away ended up loving the deal. I’ll run through some of the recent star trades in the NBA, and I got a C-note that says you can’t even tell me who the trading team got in return.

Who did OKC get for James Harden? Who did the Clippers get for Blake Griffin? Who did the Kings grab for Boogie? Yeah, who even cares?

I’m ready for your rebuttal too. I know, I know. You’re yelling at your screen, PAUL GEORGE! The Pacers got Victor Oladipo, who turned into a star! Did he? Statistically, sure he had a great season, and I think he’s an excellent young player. But what do the Pacers really have there? They made the playoffs, put a scare into LeBron, and lost in round 1. No one has Indiana as a contender next year. Or any year after that for the next decade.

If the worst-case scenario is losing a star to free agency, then life isn’t so bad. In fact, history suggests that losing a star via free agency is less damaging than the trade. Trades cause the whole organization to get flipped upside down. You have to start over, building chemistry and confidence. Aldridge left the Blazers, they’ve been to the playoffs both years since. Kevin Durant left OKC, the Thunder have remained relevant. Gordon Hayward said goodbye to Utah, they found a rookie star and won a playoff series.

Even the teams salivating over Leonard should pause. The Celtics want him, but after what they just achieved, they should just acquire Irving and Hayward and call it an offseason. The Lakers want him, but LeBron James and George sound like better acquisitions because LA doesn’t have to disrupt their young core to get them.

The nurses at the hospital probably knew Jimmy Garoppolo would be a quarterback as soon as he was born. The guy is just built for it. That’s the way I feel about Kawhi Leonard and the Spurs. He should be a Spur. He’s always felt like a Spur. He’s a great player who doesn’t say much, doesn’t prioritize himself, his platform, or his money.