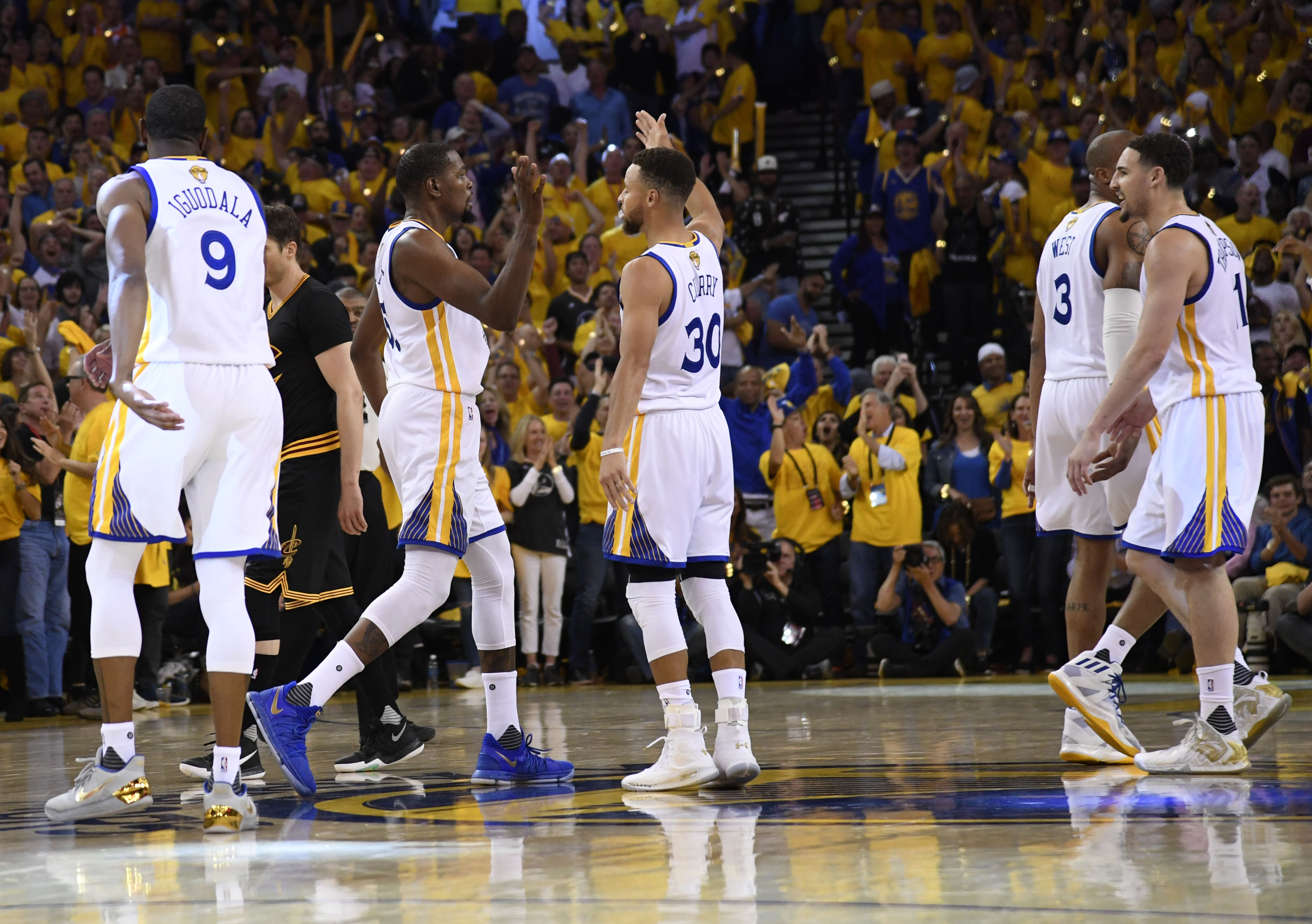 The age old question exists: Which is the best NBA team of all time? Generational gaps make this question nearly impossible to answer. We can take a look back at statistical analysis — though there are some inconsistencies pertaining to eras, and quality of the average player in each individual era.

Championships are traditionally a good barometer for this loaded question. The Chicago Bulls in the ’90’s won six titles during an 8-year span. Michael Jordan has been the best player the game has seen to date (and yes, that includes LeBron James).

With that said, this year’s Golden State squad is primed to be the best collection of players ever assembled.

There has been a number of recent statements made surrounding the current Warriors’ team. For one, Magic Johnson is confident his Showtime Lakers team “would probably sweep” this bunch led by Steph Curry and Kevin Durant. There are even hypothetical bets being made comparing this team to the 1996 Chicago Bulls team (which went 72-10). Multiple Las Vegas sportsbooks admit that the 2017 installment of the Warriors would likely be a favorite over the Jordan-led Bulls.

Statistically, this current team has been on a phenomenal run. During the regular season, Golden State finished 67-15. The team shot an eye-popping 49.5-percent from the floor, 38.3-percent from three, and averaged a league-high 115.9 points-per-contest. To further illustrate the dominance, Steve Kerr’s squad did this without a fully healthy Durant. The former OKC star played in only 62 games during the regular season. Had he stayed on the court for the duration of this time, it’s plausible to predict the Warriors would’ve challenged their 73-win mark from a season ago.

Undefeated in the playoffs, Golden State is two wins away from a perfect 16-0 record. Should the Warriors win the next two games in Cleveland, they would be the first team in league history to be undefeated throughout the postseason. It’s truly an impressive feat — considering the Warriors would’ve had to go through the likes of James to get there. During this postseason, Golden State’s offense is clicking on all cylinders. It’s averaging 118.9 PPG on 49.6-percent shooting. A 16.9 plus/minus rating is by far the best of any playoff team. Defensively is where the Warriors have been freakishly good. They’ve held Cleveland to just 97.4 points per 100 possessions. This would rank the Cavs dead-last in the regular season. Entering the finals, Cleveland was scoring 120 points per 100 possessions. This statistical output had Cleveland on pace for the best postseason offense ever.

Statistically, Golden State’s suffocating defense has allowed 98.8 points per 100 possessions in the playoffs. This is 9.2 points less than the NBA average. In other words…this is some otherworldly stuff.

And then, there’s the talent.

Curry is already considered by many to be the best shooter of all-time. Durant is easily one of the most unique players to ever step foot onto an NBA court. His length is abnormal — as is his ability to put the ball in the basket from anywhere. Klay Thompson also has established himself as a phenomenal shooter and individual defender. Draymond Green’s versatility as both a defender and facilitator adds a much-needed element of toughness to this primarily finesse team. The offensive efficiency with which this team plays is mind-boggling. There simply isn’t a defense in today’s game capable of stifling this unit for large stretches of time. If Curry is having an off-night, there are at least two other extremely good options on the floor for any given night. From a pace and skill standpoint, this team is likely unparalleled.

The conversation of “the best team of all time” will cease to include the 2016/17 Warriors team if they don’t win the title. However if they do sweep the Cavs, the team is certainly in contention for the billing as the best of all-time.