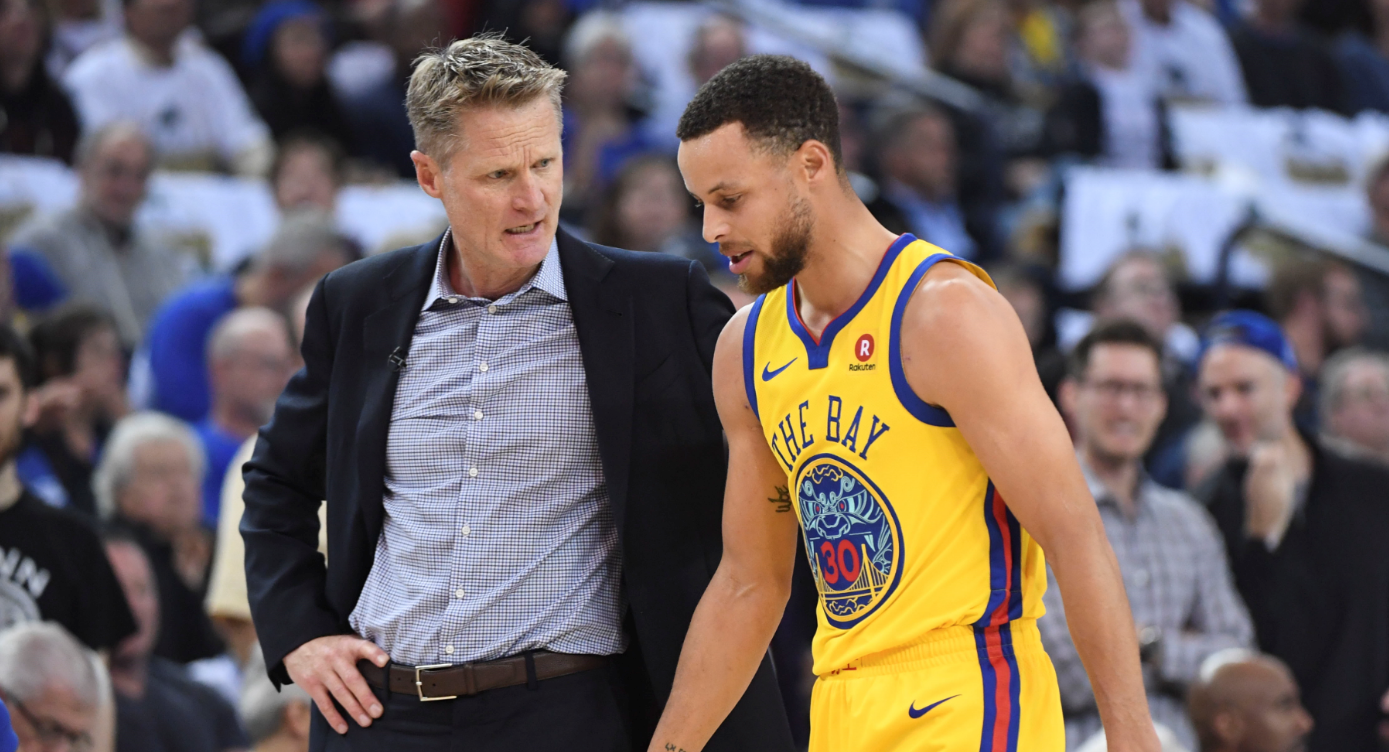 The defending NBA Champion Golden State Warriors have the best basketball roster on the face of the Earth. At the top of their game, there might not be a team in NBA history that could keep up with their offensive firepower. They employ three of the greatest shooters ever, two former MVPs, and a Defensive Player of the Year. It’s the most talent ever assembled. With that said, they might be in danger of not winning the 2018 NBA title.

All good runs must come to an end. The San Antonio Spurs put out the Miami Heat’s flames with a thumping in the 2014 Finals — effectively sending LeBron James back to Cleveland. Dirk Nowitzki and the Dallas Mavericks swept the two-time defending champion Lakers in 2011. This prompted LA to (mis)fire on the Chris Paul trade. His Airness Michael Jordan was uniquely adept at ending eras. After Jordan captured his first title in ’91, Magic Johnson, Larry Bird and Isiah Thomas never returned to the NBA Finals.

The Warriors have had a miraculous run over the past four seasons. They’ve built through the draft, made splashes in free agency, and retooled when necessary. Bringing in Kevin Durant last summer sent waves throughout the league, and signaled the beginning of a potential decade-long dynasty.

Now, here we are, over three-quarters of the through the 2018 regular season and the Warriors suddenly look as vulnerable as ever.

A common theme throughout Golden State’s last three trips to the Finals was its overall health. There was a time not long ago that many experts believed Steph Curry would never stay healthy enough to become a legitimate superstar. His ankles were deemed too fragile to hold up throughout the rigorous NBA season.

Curry’s been banged up here and there — most notably during the start of the 2016 playoffs when he missed six games due to injury — but for the most part, he’s had a clean bill of health. From 2013-2017, Steph never missed more than four games in any regular season. Same goes for his Splash Brother Klay Thompson, who has suited up for 464 out of a possible 476 games during his first six seasons in the league.

Golden State hasn’t been nearly as lucky in 2018. Curry has missed 18 games this year (mostly due to the ankle, but there are other theories). Thompson missed Wednesday’s game against the Lakers, and could be on the mend for quite some time after fracturing his thumb. Even Durant has dealt with a plethora of ailments, and has already missed nearly 30 games over his two-year span in Oakland.

Health is imperative on a number of levels entering the postseason. Even if players are cleared by the time the playoffs roll around, it takes a bit of time to get back into game shape. Of course, this team is a bit different. If their three stars are all dealing with something, it begins to add up. Making the NBA Finals four times in a row is a difficult task as is. Getting there while your team is nursing any number of injuries makes it near impossible.

And with these injuries piling up, the first place Houston Rockets are licking their chops. The Rockets have been balling all year long, and appear to pose the biggest threat to the Warriors’ crown. Chris Paul has brought a new dimension to a team that finished third in the Western Conference a year ago. Alongside likely MVP James Harden, the run-n-gun style of play allows for Houston to give any team fits. If any of Golden State’s stars are on the mend, Houston would more than likely enter a potential series as a betting favorite.

Even if Golden State is healthy, is this the best Warriors team we’ve seen? By the numbers, the four-man group of Curry-Thompson-Durant-Green is actually performing worse than last year. Last season, when the four players occupied the floor, they outscored teams by an outlandish 22.6 points per 100 possessions. In 2018, that number has dropped to 13.3. That’s still a respectable differential, (for comparisons sake, when Harden and Paul are on the floor together, they outscore teams by 13.5) but it’s not exactly what many expected from this Warriors team.

Of course, things will change once the postseason begins. Steve Kerr consistently goes back to that 2016 Finals loss to Cleveland, citing tiredness as their ultimate downfall. The Warriors were chasing Chicago’s regular season win record that year, and eventually burned out down the stretch. Whether you believe that or not is up to you, but Golden State has made strides in granting their stars rest throughout the year.

Andre Iguodala, in particular, has shown the propensity for coasting through major stretches in the regular season. The 2015 NBA Finals MVP seems to be returning to form as of late with a vintage stretch to close out February. But will the other role players be able to follow suit? Nick Young and Omri Casspi haven’t panned out quite like Golden State expected. Patrick McCaw has been in and out of the G-League. Jordan Bell is a rookie. Their most consistent bench player, David West, is 37 years old. JaVale McGee is who he is — you take the good with the bad.

That collection of bench players certainly won’t strike fear in opponents — especially Houston. The Rockets’ bench boasts reigning Sixth Man of the Year Eric Gordon, and a pair of ferocious, switchy defenders in Luc Richard Mbah a Moute and P.J. Tucker. Mike D’Antoni also does an excellent job of staggering Harden’s and Paul’s minutes to ensure one of them plays alongside the bench unit. They’re deep, and can kill you from a number of spots.

It remains to be seen if Houston’s depth can be a factor in a series against the Warriors. In the playoffs, rotations shrink and the best players stay on the floor for a majority of the game. However, if you can constantly rotate fresh bodies around Harden and Paul, they become increasingly difficult to keep up with on the offensive end.

The Warriors remain the best team in the league, and will be until somebody takes their throne. The Rockets and a few other contenders (watch out for Toronto, and LeBron still exists) stand in their way. One thing is for sure, the NBA season isn’t nearly as predictable as many suggested before the year started. Despite possessing the best talent, Golden State has some serious road blocks on their way to capturing a third NBA title in four years.