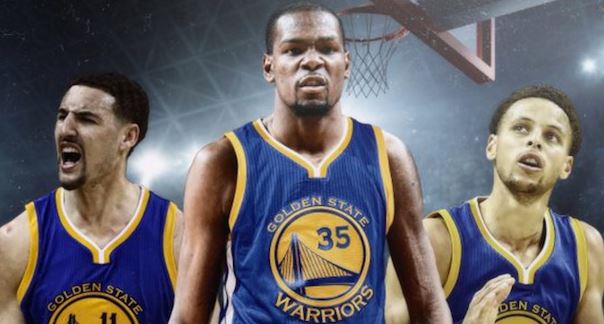 The Golden State Warriors pulled off the impossible for six months. Beyond winning an NBA-record 73 wins, the defending champions (at the time) somehow remained the most beloved team in the league throughout the 82-game season. While titles typically lead to disdain and jealousy from fans of the other 29 teams, instead, Golden State’s on-court brashness was celebrated.

But in a total of 32 days, that admiration has quickly fizzled.

Rewind to June 2, the day of Game 1 of the NBA Finals, and the majority of fans would say they were cheering for Golden State to beat the Cleveland Cavaliers for the second straight season. The birth of a dynasty while watching LeBron’s Finals record plummet to 2-5 sounded better to most than seeing James make good on his promise to bring a title to Cleveland.

After the Warriors won the first two games by a combined 48 points, it seemed as if fans were going to get what they wanted.

But then, a multitude of events began to reconfigure fans’ loyalties. LeBron’s role as an underdog with the weight of a city on his shoulders, the Warriors declaring themselves as a better version of the ‘Showtime’ Lakers and another groin shot courtesy of Draymond Green altered the course of basketball history.

The true shift took place in Game 6, when the Warriors’ confidence fans had admired all season turned to immaturity. There were plenty of questionable calls, but Golden State acted as if they were supposed to be handed the championship. The Baby-Faced Assassin tossed his mouthpiece/pacifier out of frustration, while his wife took to Twitter to contribute to the longstanding conspiracy that the NBA Finals are fixed.

In 48 short minutes, the Warriors went from a team on the precipice of a dynasty to a self-doubting bunch hoping to avoid the biggest collapse in Finals history.

Game 7 came and went with LeBron reasserting himself as the greatest player on the planet, while Golden State was forced to watch the Larry O’Brien Trophy be presented to the opposing team on their home court.

But have no fear, the Warriors came away as winners despite their historic collapse.

On July 4, Golden State shocked the world by winning the “Kevin Durant Sweepstakes.” Forming the ultimate ‘Superteam’ featuring Stephen Curry, Klay Thompson, Draymond Green and Durant, the Warriors have assembled the most dangerous team the NBA has ever seen.

Plenty have applauded the move, acknowledging that Durant should go where he feels he can build his legacy. But for a league that prides itself on maintaining a competitive balance, the decision serves as an absolute nightmare for the NBA.

And while the Golden State faithful have every right to be excited, for fans of the other 29 teams, the Warriors have officially gone from heroes to villains in just 32 days.