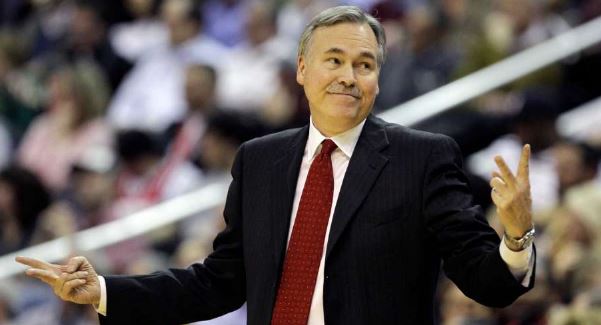 Since making the Western Conference Finals in 2015, the Houston Rockets have made one bizarre decision after another. Starting the season 4-7, Houston’s front office made the inexplicable decision to fire head coach Kevin McHale, and then went 37-34 the rest of the way under interim coach J.B. Bickerstaff.

The Rockets then lost to the Warriors in the first round in five games, going from an up-and-coming contender to a discombobulated and directionless franchise over the course of one season. In desperate need of change, Houston management made the head-scratching decision to hire Mike D’Antoni as the man to turn the franchise around.

At first glance, the Houston-D’Antoni marriage may seem like a logical one. The Rockets have a bevy of scoring options, but have been bogged down by Harden’s ball-dominant ways. D’Antoni’s emphasis on pace, ball movement and spreading the floor has the potential to turn Houston into an offensive juggernaut.

However, if there was any lesson Houston should’ve learned this season, it’s that their horrendous/nonexistent effort on defense is the biggest reason for their struggles. And if history is any indication, bringing in D’Antoni to shore up the defense is like signing DeAndre Jordan to help with free throw shooting.

In his most successful days in Phoenix, D’Antoni’s teams typically led the league in scoring, but were also plagued by poor defense. These Suns teams typically allowed the most points per game, which many like to attribute to the frenetic pace they played at. However, even looking at it from an efficiency perspective, the Suns ranked in the bottom half in defensive efficiency in each of D’Antoni’s five seasons.

Houston does have some defensive talent on the roster in Patrick Beverley, Trevor Ariza and Clint Capela, but the Rockets’ defense can’t improve until superstar James Harden makes it a priority. That doesn’t seem likely based on D’Antoni’s background, as he’s the least likely person in the entire world to fix Harden’s fatal flaw.

With D’Antoni now in charge, the Rockets might score 120 points per night… the only issue is they’ll probably give up 130.