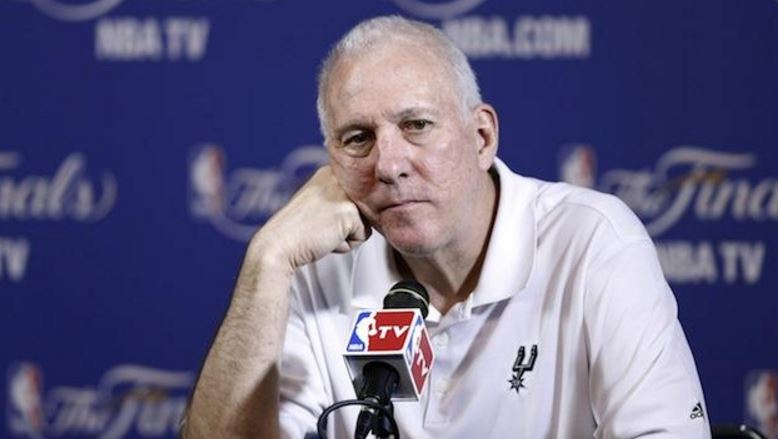 Despite coaching a small market team that doesn’t do anything flashy or exciting, Popovich has emerged as the most entertaining personality in the NBA. He doesn’t need commercials or endorsements (like he would ever agree to those) to go viral. Give him a 30-second sideline interview or post-game news conference to display why he’s the smartest and funniest man in the league.

I’ve watched LeBron’s Game 7 Finals block, Curry’s 402 three-pointers, compilations of James Harden’s atrocious defense and Klay Thompson dropping 37 in a quarter countless times, but this is the only NBA video that never gets old:

The best part about watching Popovich mock the media’s questions is that he has earned the right to. The guy has won five titles with one of the smallest payrolls in the league, and proves time and time again that he can out-strategize any opposing coach.

Beyond his basketball brilliance, Popovich isn’t even one of those weirdos who eats, sleeps and breathes the sport (looking at you, Tom Thibodeau). Sure, Popovich is always happy to talk x’s and o’s, but he’s equally interested in discussing the deeper things in life over a nice bottle of wine.

Incredibly wise and equally sarcastic, I want to hang out with the greatest and coolest coach in NBA history. I’d just be so damn afraid to ask him a question.