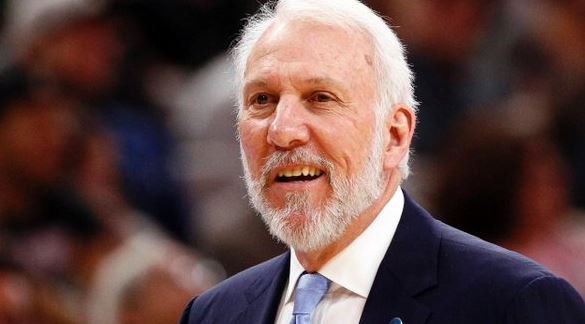 At this point, it’s safe to say Gregg Popovich is the funniest man in the NBA. The dry and cunning humor is on full display during every sideline/post-game interview, and doesn’t even rest during the offseason.

Popovich is serving as an assistant coach for Team USA’s Rio 2016 squad this summer, and was recently asked for his thoughts regarding Kevin Durant’s decision to join the Golden State Warriors. With many deeming the back-to-back Western Conference champs a ‘Superteam,’ Popovich was asked whether he was insulted by the fact that his Spurs have never held that label.

In typical Popovich fashion, he simply replied, “naaaah. I just count the championships.” With five titles in his 20-year coaching career, here’s 10 seconds of Popovich counting all of them:

Whether you love him or hate him, there’s no denying the fact that Gregg Popovich is non-stop entertainment.