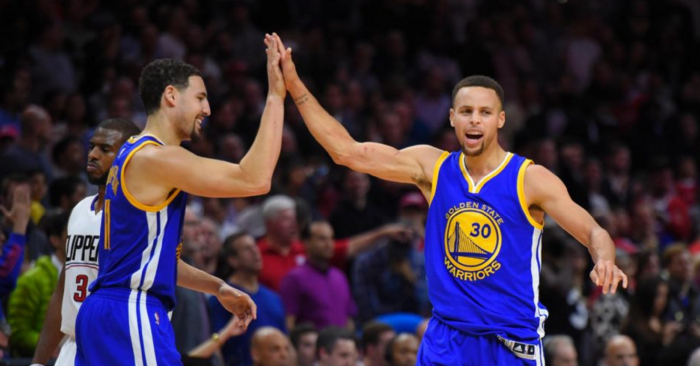 The Golden State Warriors’ back court of Stephen Curry and Klay Thompson will continue their rivalry in the Foot Locker Three-Point Contest in Toronto, bringing the duo back to an event that may have supplanted the dunk contest as the most entertaining of All-Star Weekend.

Curry, the NBA’s top scorer (29.8 ppg), has led the league in three-pointers made in each of the last three seasons and is setting the pace again this season. He has hit 232 threes during the Warriors’ 45-4 start, becoming the first player in NBA history to sink 200 or more in four consecutive seasons, and putting him on track to shatter his own NBA record of 286 set last season.

Last year’s final came down to the two Golden State sharpshooters and Cavs guard Kyrie Irving, but the competition appears to be even steeper this year. However, Curry has shown time and time again that it’s never a good idea to doubt him.

Much like the MVP award, this three-point contest looks to be something he will keep winning for the foreseeable future.