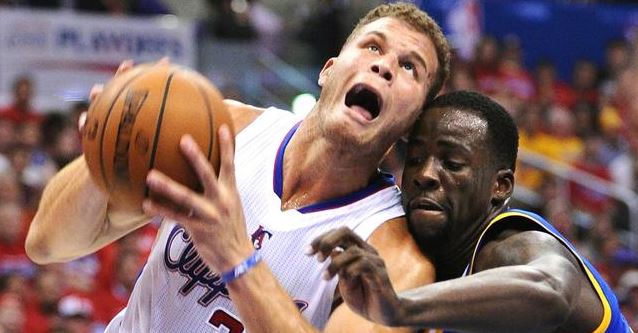 The Los Angeles Clippers take on the NBA Champion Golden State Warriors at Oracle Arena Wednesday night. Both teams have title aspirations this season, and neither chooses to hide their distaste for one another. It has become one of the most entertaining rivalries, and this game promises to feature plenty of taunting, trash talk, and hard fouls.

Both squads enter this match-up a perfect 4-0, but the Warriors have certainly looked more impressive in the process. In victories over the New Orleans Pelicans (twice), Memphis Grizzlies and Houston Rockets, the Warriors have been carried by defending MVP Stephen Curry.

Currently in an entirely different universe, Curry is averaging an absurd 37.0 points, 6.3 assists, 5.0 rebounds and 2.5 steals per game while shooting 59.5 percent from the floor. If this hot streak continues, the Warriors might not allow Steve Kerr to return to the bench.

The Clippers come into this game with plenty of confidence, after beating the Sacramento Kings (twice), Phoenix Suns and Dallas Mavericks to start the season. However, Golden State is an entirely different animal that has posed plenty of problems for the Clippers in the past. If ‘Lob City’ is to have any chance of getting a road victory against the Warriors, they will need to play their best game of the season.

Let’s take a look at 5 key match-ups/storylines heading into this Pacific Division showdown:

During the offseason, Clippers head coach Doc Rivers made headlines when he said, “you need luck in the West. Look at Golden State. They didn’t have to play us (Clippers) or the Spurs.” Members of the Warriors took this as Rivers trying to belittle their championship run. It will be interesting to see if the Warriors play this game with a chip on their shoulder. They don’t like each other, and they have no problem with everyone knowing it. Griffin and Green have gotten into too many altercations to keep track of, and it is their fiery attitudes that have helped spark this intense rivalry. The Chris Paul-Stephen Curry duel usually dominates the headlines, but these two stat stuffers are the glue of their teams.

Blake Griffin has picked up right where he left off during last year’s playoffs, averaging 29.5 points, 9.3 rebounds and 3.5 assists per game on 62.2 percent shooting. Green has performed decently on offense, but it is his defense (as usual) that has been crucial to the Warriors’ undefeated start. Green gave Anthony Davis fits both times they squared off this season, and Draymond will need to do much of the same against Griffin in this one.

If there isn’t at least one flagrant foul and shoving between Griffin and Green at some point in the game, then it has to be considered one of their more boring showdowns. The game obviously comes down to the players on the court, but you can’t overlook Walton’s lack of experience against one of the best coaches in the league. This will be Luke’s first game against a title contender, meaning schemes and in-game adjustments will be more important than the previous four. While Walton has a great staff of assistants to help him, it will still be fascinating to watch the chess match between he and Rivers.

If we could somehow get Bill Walton and Dell Curry to commentate, it would be the most nepotistic game in NBA history.

The Clippers addressed their lack of depth this offseason by acquiring Josh Smith, Paul Pierce, Lance Stephenson and Wesley Johnson. Taking a page out of the Warriors’ playbook, the Clippers no longer have to be entirely dependent on their starting unit. While Los Angeles’ second unit has performed well thus far, they will surely be put to the test against Golden State.

The Rivers-Crawford-Pierce-Smith-Aldrich lineup against Livingston-Barbosa-Iguodala-Speights-McAdoo promises to go a long way in determining who wins this game. Chris Paul’s reign as the best point guard in the league has officially come to an end. Stephen Curry is now the cream-of-the-crop, and has done nothing but drive that point home further this season. Paul will surely enter this game feeling as if he has something to prove, and this duel always provides some exciting moments.

While Paul will try to avoid falling to the ground on a Curry crossover again, he will also look to get on track offensively. Averaging an uncharacteristic 3.0 turnovers while shooting 42.0 percent from the field, Paul must play his best game of the season in this one. On the other hand, if Curry keeps doing what he has been doing, then it won’t really matter how anyone on the Clippers plays.

The Clippers will come out fired up and give the Warriors their biggest test of the season thus far, but Golden State is just too good at Oracle Arena.