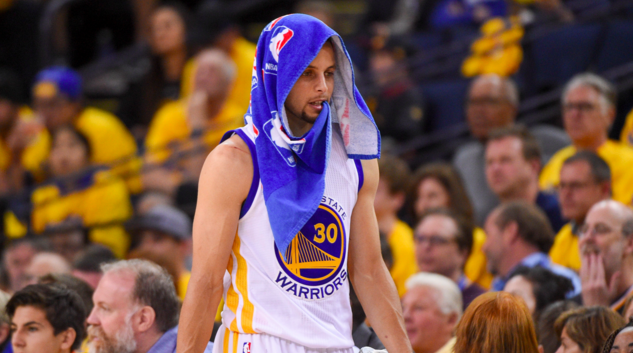 The Golden State Warriors spent 0 minutes and 0 seconds trailing the Houston Rockets in the first game of their quest for a second consecutive NBA Championship. Racing out to a 16-6 lead and never looking back, everything appeared perfect in Warrior-land as they entered halftime up 60-33.

Curry had already poured in 24 points and five three-pointers, and Golden State’s stifling defense was a reminder that they had saved another gear for the postseason. Even after setting an NBA record with 73 wins in the regular season, the Warriors would be the first to say they hadn’t yet played their best basketball.

Perhaps Game 1 was a warning to the rest of the league.

But for as great as the first half went, the raucous Oracle Arena crowd quickly went silent as Curry hobbled to the locker room two minutes into the third quarter. While the Baby-Faced Assassin eventually returned to the bench, he never re-entered the game.

In coach Steve Kerr’s defense, it wasn’t like the defending champs necessarily needed the MVP back on the court. A rough patch when Curry first went out enabled Houston to cut Golden State’s lead to 15, but the Rockets never managed to get closer.

When asked after the game about Curry’s availability going forward, Kerr said, “As far as [Game 2 on] Monday, I’d say Steph is questionable. We will see how he responds the next couple of days and go from there.”

With the Warriors hoping to make a long run this postseason, it makes little sense to force Curry back before he is 100 percent. And since Curry’s ankle issues have lingered his entire career, Golden State suddenly finds itself in a delicate situation.

Despite Golden State’s dominance in the regular season, Game 1 served as an immediate reminder that there are no guarantees in the NBA playoffs.