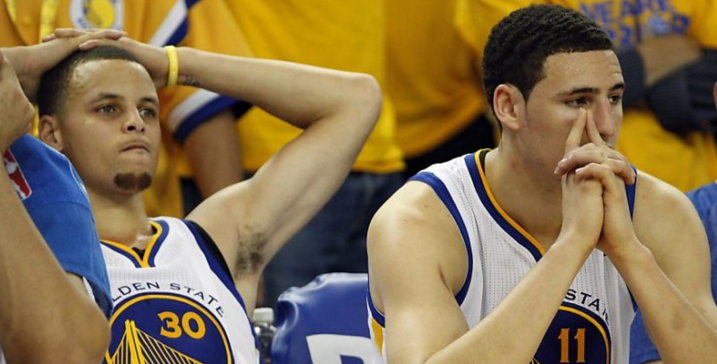 The same Milwaukee Bucks franchise that ended the Lakers 33-game streak in 1971-1972 just handed the Warriors their first loss of the season. Losing 108-95, the Warriors’ path to perfection is over, while the Bucks (10-15) got a much-needed statement win in what has been a disappointing season thus far.

After Golden State barely escaped a double overtime thriller against the Boston Celtics, the second night of a back-to-back got the best of them. Even the return of Klay Thompson couldn’t compensate for their exhaustion, as the Warriors scored a season-low 95 points on 40.9 percent shooting from the field.

For as dominant as Golden State has looked, both the Celtics and Bucks gave surprising blueprints as to how to slow down this Warriors squad. It starts and ends with defending Stephen Curry.

Both squads put a lengthy defender (Avery Bradley/Evan Turner and Michael Carter-Williams) on the baby-faced assassin, and did a surprisingly good job. While Curry still scored a total of 66 points in the two games, he was not his usual efficient self. A combined 19-for-48 from the field (8-for-21 from three), Curry turned the ball over a total of 10 times and looked human for the first time this season.

Of course, the Warriors are still the team to beat in the NBA. One loss doesn’t change their greatness, as they are still well on their way to challenging the 1995-1996 Chicago Bulls’ 72-10 regular season record.

However, we were reminded that Golden State is in fact beatable, and that makes the rest of this NBA season much more exciting.