Just a week ago, Sacramento Kings’ General Manager Vlade Divac declared to the NBA world that his team would not be trading center DeMarcus Cousins before the February 23rd trade deadline. It could simply be a ploy to try and increase his trade value, or it could be yet another naive decision in the works by a franchise that has lacked direction for over a decade. Either way, everyone except the Kings can agree that it’s in the best interest for ‘Boogie’ Cousins to find a new home. Here are five intriguing trade ideas to lure Cousins away from his Sacramento slumber: Why it happens: The Kings get a tremendous amount of value here, gaining four rotational players making for a well-rounded young core for years to come. Sabonis already looks like he could turn into a solid stretch 4, and Kanter has earned the right to be the focal point of an offensive attack. Payne and Abrines are both talented, young backcourt pieces under contract through 2019.

It wouldn’t completely move the needle for the Kings, but it puts the Kings in the right direction towards a full rebuild.

Oklahoma City gets an ideal superstar to pair with Westbrook to create the most ill-tempered one-two punch in NBA history.

Why it doesn’t happen: Sacramento are unlikely to part with Boogie unless they get either one of Victor Oladipo or Steven Adams in return. Along with Oklahoma City’s reluctance to deal either of their two starters, newly inked contract extensions make it tricky to include them in any trades until the summer.

The Thunder currently owe first rounders to Utah and Philadelphia, making it difficult to gauge the value of their pick at this point in time. The most important factor, however, is that it would result in the devastating separation of the “Stache Bros”, and that may be the ultimate deal breaker for Oklahoma City. Why it happens: Losing their foundation by trading Cousins, Sacramento gets a potential star point guard to lead the team into the future along with another solid building block in Julius Randle. With Rudy Gay out for the season and likely to decline his player option, the Kings add much needed veteran leadership in Deng, who’s under contract for another three seasons after this one. Williams gives them a huge upgrade off the bench with his offensive firepower, something Sacramento desperately covets.

The Lakers get their star and clear cap space for the summer, while the loss of key role players increases the odds of keeping their top 3 protected draft pick.

Why it doesn’t happen: Despite the glaring hole at point guard, there is a lurking feeling that Russell will never develop into a true franchise player because of his perpetual immaturity. They also don’t want anything to do with Deng’s absurd contract, and are troubled by the idea that Lou Will might still have two girlfriends.

Given the Lakers’ cloudy draft pick situation, they simply don’t have the draft pick assets the Kings are seeking. Plus, the Lakers internally believe they can wait until Boogie hits free agency in 2018 and sign him then without giving up anything. The Lakers’ quest for a star rolls on. Why it happens: Now this might get the Kings’ attention. Because the Jazz have drafted so well in recent years, Utah has enough depth to feel comfortable making this type of deal. All four of these players could end up being starters for the Kings, with Hood and Favors ready to contribute right away. Although he hasn’t warranted his high draft selection yet, Exum still has serious upside and would benefit from more playing time in a different system. The draft picks likely turn into late first rounders, but the complete package of assets may contain enough young talent to sway the Kings.

Why it doesn’t happen: Despite the plethora of youth in the trade offer, Sacramento might not view any of these players as potential stars that can speed up the rebuilding process. With the Jazz likely being one of the best teams in the West after a deal like this, late first rounders would also be a road block for the Kings, a team seeking better picks if they can’t get a superstar in return.

The biggest obstacle here is convincing Boogie that Salt Lake City would be the right place for him to spend the rest of his career. If he doesn’t verbally commit to re-signing there, Utah should be very reluctant to part with this many talented young players.

Why it happens: Finally, the Kings are able to snag another star in return for Boogie. Although John Wall has overshadowed him in Washington, Beal is considered a top shooting guard that shows flashes of becoming one of the league’s leading scorers. He could thrive as the face of the franchise in Sacramento, and the Kings benefit from the fact that he has four more years left on his contract. Gortat remains a solid starting center that could serve as a stopgap while the rest of the Kings’ young big men develop. Only in his second season, Oubre Jr. has already demonstrated his potential with his length and athleticism on the wing.

The late draft picks would yet again be an issue, but getting Beal would significantly mitigate that concern. Wall would be beyond ecstatic to team up with his old college buddy again, and that alone should motivate the Wizards to get this deal done.

Why it doesn’t happen: As one of the biggest surprises in the league this year, Washington could decide not to mess with the chemistry they’ve developed thus far. It’s also very possible that Sacramento doesn’t see Beal as a star and believes the majority of his success should be credited to Wall’s playmaking ability.

The ultimate cause of concern here, along with Beal’s durability, remains the lack of draft assets that the Kings are receiving. Simply put, it’s difficult for Sacramento to receive a high draft pick from a team that will improve their record by adding Boogie to the squad. Any contender that has interest in Cousins will obviously be drafting later in the draft, creating an inherent paradox in trading Cousins. He needs to get on a better team, but the better teams don’t have the means to trade for him.

Why it happens: In what should be the best draft in recent memory, the Kings can’t find another team willing to give up this valuable of a draft pick. They finally get the chance to add a young potential superstar they can groom just like they did with Cousins (with more winning hopefully). Smart and Brown are both young, physically gifted players who still have plenty of room left to grow. The other draft picks would just be the icing on the cake for a deal that should’ve already happened by now.

Why it doesn’t happen: The Kings remain delusional in their stance that Boogie will re-sign with them in 2018. They aren’t phased by the way Oklahoma City allowed Kevin Durant to leave without getting anything in return. They refuse to acknowledge that with Boogie on the team, the most wins they’ve had in a season is 33. They still believe the last playoff spot is within reach, which would break their 10-year drought and in turn convince Boogie to stick around.

So, instead of trading for what could be the first pick in the 2017 draft, two young promising players, and at least two more first round picks, they feel it’s best to keep him around and put the mental stability of coach Dave Joerger in jeopardy. 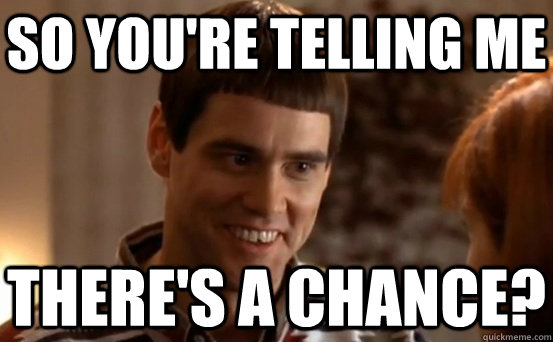