The Jimmy Butler era in Minnesota may be quickly coming to a close. Recent reports expressed frustration coming from Butler’s camp over the long-term plan of the franchise. Butler wanted answers as to how the team will charge forward as a potential contender down the line. It’s to a point where head coach Tom Thibodeau visited Butler early this week at his offseason home in Los Angeles.

On Wednesday afternoon, it was reported that Butler has indeed requested a trade away from the franchise. This comes in addition to the rumored discontent between Butler and fellow star Karl-Anthony Towns. Minnesota now faces the real question of whether they will indeed trade Butler prior to his impending free agency this upcoming summer.

I’ve offered five hypothetical trade scenarios involving Butler. Minnesota likely won’t be recouping a ton of value in a potential transaction. This stems from Butler’s ability to sign with anyone he wants next July. However, there should be some attractive options should Minnesota opt to deal its star wing.

The Clippers have long been in search of an All-Star caliber talent. The current roster has a lot of interesting pieces, but none that can be described as an all-league player. The acquisition of Butler would be a nice building block for the future. Butler lives in LA, and the Clippers have tons of cap space available to re-sign him next summer.

Additionally, the team would still have a plethora of young players/money available to go out and enhance their team even further. Butler may enjoy being a main cog in the Clippers’ potential emergence. Minnesota would be getting a very nice hybrid forward to pair alongside Towns. Duly, Gilgeous-Alexander has the upside to be a legitimate starting guard in this league. It’s an area of the team in which Minnesota could use some real help.

This hypothetical trade would create a very potent three-headed attack in the City of Brotherly Love. Minnesota will likely try and pry Markelle Fultz from Philly — though it’s doubtful the 76ers would jettison Fultz for a potential rental.

They’d immediately enhance Minnesota’s versatility — as Covington can guard virtually every position on the floor. Saric might be able to flourish as a play-making four alongside Towns. Covington is an excellent defender, and Saric is very feisty out on the court. These are two character traits in which Thibodeau absolutely loves. A Jeff Teague – Andrew Wiggins – Covington – Saric – Towns starting lineup would be quite fascinating.

As for Philadelphia, landing Butler would give them an experienced veteran with tons of proven playoff success. Right in the middle of his prime, Butler would also help in shouldering the load often held by Joel Embiid and Ben Simmons.

This is a proverbial roll of the dice for Brooklyn. The Nets have a ton of cap space — though they still have a roster primarily built around extremely unproven personnel. Brooklyn could look to make a splash by acquiring the multi-time All-Star. In the process, the front office would try everything it can to showcase the franchise to Butler in a way that would (in theory) leave him wanting to re-sign as the premier piece to build around.

Minnesota’s haul would include an expiring contract (Carroll), a young player with nice upside (Jefferson) and what could turn out to be a very high future draft choice. This trade would be made with the future in mind for the Timberwolves.

This potential transaction would make sense for both teams. The Lakers could wait to sign Butler at season’s end — though we all know how that turned out for them with a myriad of free agents over the past few years. It would be awfully tough for Butler to turn down the opportunity to re-sign with the Lakers (in a hypothetical trade). He lives in Los Angeles, and would get a chance to play alongside the best player in the world.

From LA’s standpoint, this trade would open up a potential logjam with the forward spots. LeBron James, Brandon Ingram, and Kuzma can’t all play extended minutes at the same time. This scenario becomes even more difficult should the Lakers sign another wing next season (such as Kawhi Leonard or Kevin Durant). Butler can slot into the shooting guard spot next to Lonzo Ball. The Lakers would then have an All-Star level talent in his prime — and one which can both manufacture points and defend at a high clip.

As for Minnesota, Kuzma fits seamlessly next to Towns up front. Kuzma has already demonstrated a high skill level. It would not be a shock to see him average at least 20 PPG during the course of his career. Hart is a high-character, hard-nosed guard. He’s not flashy — though he makes the right play. In essence, Hart is a winning player (and one Thibodeau will adore). Minnesota also unloads considerable salary whilst adding two cheap, young assets and a future pick.

Toronto made a huge splash already this offseason by trading for Leonard. However, it’s likely still not enough for the Raptors to overtake Boston as the favorite in the Eastern Conference. Pairing Leonard with Butler would be another story.

Outside of Golden State, Toronto would have the best one-two wing punch of any team in the NBA. Like Leonard, Butler is battle-tested in the big moments. He can create for himself off the dribble, and plays the game with a real edge.

The presence of Leonard somewhat limits Anunoby’s ceiling — though he’d have terrific value for a Minnesota team needing a wing in the wake of dealing Butler. The former Indiana product has a very high ceiling. In a sense, Anunoby somewhat resembles a young Luol Deng. Ibaka is still serviceable, and can play either the four or the five. Attaching a future first-round pick — or perhaps Delon Wright — would be a nice third element of this trade.

As Minnesota would continue to build towards the future, Toronto would become even more legitimized as a real contender to get out of the East and into the NBA Finals for the first time in franchise history. 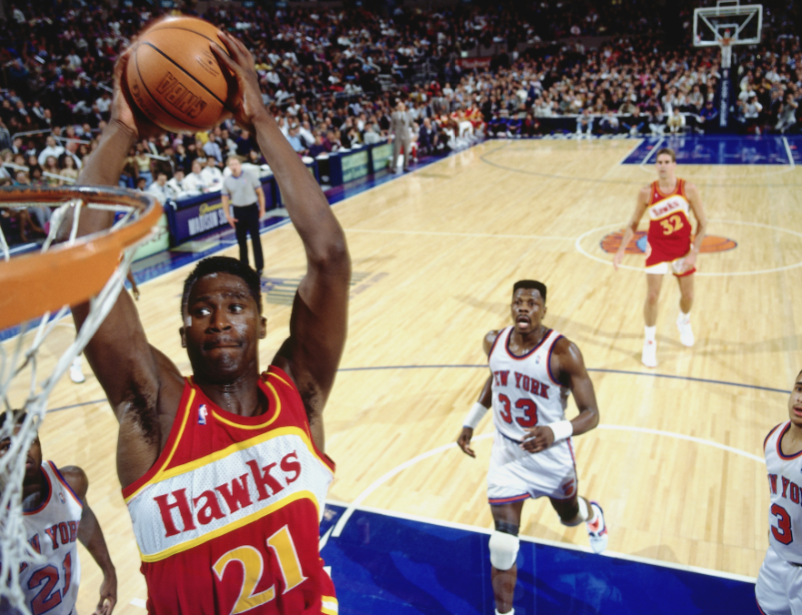 RANKED: The 25 Most Overrated Players in NBA History