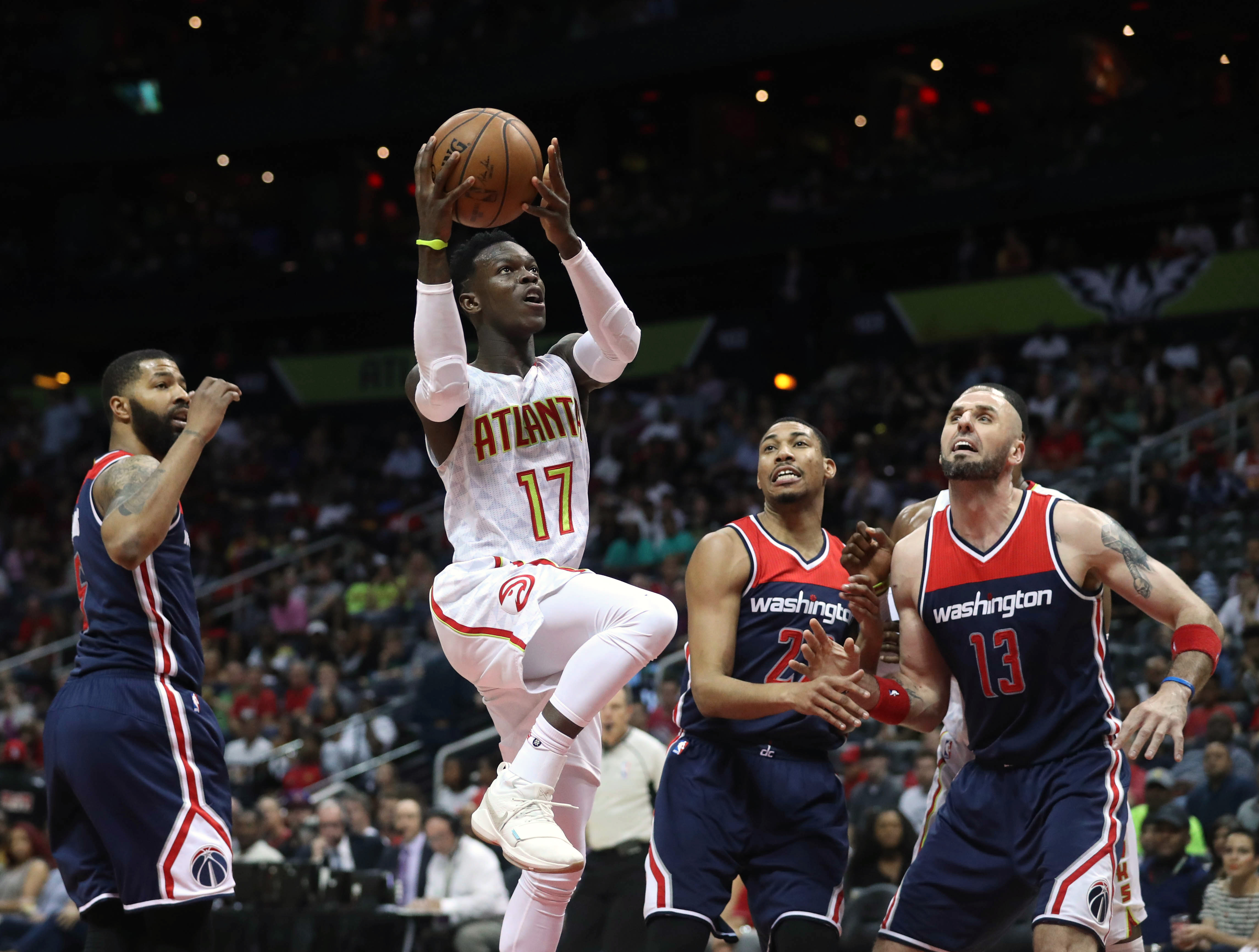 According to a report from Hoops Rumors, the Atlanta Hawks have been listening to offers for point guard Dennis Schröder.

The Hawks are clearly in the midst of an arduous rebuilding process. When surveying the entire NBA landscape, there might not be a team in worse shape from a pure talent standpoint. Schröder easily stands out as the team’s best player. He’s also on a very reasonable contract — something other franchises surely are quite interested in. Schröder is on the books until 2021 (making $15.5 million per season).

Though we aren’t entirely certain that Schröder will be dealt, there are five teams making the most sense logically as potential destinations in a hypothetical trade. Denver would have to rid themselves of some cap space (Kenneth Faried, Mason Plumlee) in order to pull this off. The Nuggets are one of the league’s deepest teams — though the roster lacks a true point.

Though possessing fringy facilitation skills, Jamal Murray is more of a two masquerading at the point guard position. He’s much more suited in an off-the-ball role — where Murray can spot up, weave in-and-out of screens, and also take defenders off the bounce. With Will ‘The Thrill’ Barton about to enter free agency, it’s unlikely Denver will pony up big bucks to keep the talented — yet enigmatic guard in the fold.

There’s also the case of former high draft choice Emmanuel Mudiay. The Congolese guard has done little to justify his lottery slot selection. He might be best served in another environment where his skill-set could be further developed.

Landing Schröder would give Denver a true point guard. Denver excels in pushing the pace — an aspect which would fit Schröder’s game quite well. By letting Barton walk and including Mudiay in a potential deal with Atlanta, Denver would have a very nice (and versatile) four-guard rotation with Schröder, Murray, Gary Harris, and Malik Beasley. This would allow Denver to even use a three-guard rotation if it desired. Plus, pick-and-roll situations with Schröder and Nikola Jokić/Paul Millsap would be very difficult for the opposition to stop.

The Pacers have arguably been the biggest surprise of the 2017/18 NBA season thus far. Though it was expected to be a rebuilding year, Indiana is currently poised to snatch a playoff spot. Recent acquisition Victor Oladipo in particular has been fantastic — averaging 24.9 PPG and 5.3 RPG on 48.5-percent from the field and 42.3-percent from beyond the three-point line.

Indiana has a plethora of young, interesting players (Myles Turner, T.J. Leaf, Domantas Sabonis) to pair with Oladipo. Darren Collison has been solid as the starting point guard — though he’s not the longterm answer going forward.

Pairing Oladipo with Schröder would offer one of the most dynamic (and athletic) backcourts in the entire Eastern Conference. The addition of Schröder would further reinforce the change to a more uptempo pace rather than a trudging one. Here’s where things get interesting.

The Clippers are caught in a weird position — arguably the one which no NBA wants to see themselves. They’re just good enough to battle for a playoff spot, though not nearly bad enough to go full bore into tank mode.

While Blake Griffin is locked up for the next few years, there’s a real question the rest of the team could be gutted going forward for younger talent.

Simply put, Schröder represents a massive upgrade over the likes of Patrick Beverley, Austin Rivers, and Miloš Teodosić. The aforementioned trio all have one year remaining on their respective contracts — with Beverley sporting a $5 million team option after this current season.

The Clippers could let Beverley walk, and try to attach future picks as a sweetener onto a deal featuring Teodosić and the bloated contract of Danilo Gallinari. Or, the franchise could hope DeAndre Jordan passes on a player option in favor of testing the open market.

Possessing a point guard of Schröder’s ilk — especially due to his age and contract situation — would be a boon for the Clippers going forward.

Pairing Schröder with San Antonio makes a ton of sense from a basketball perspective.

The Tony Parker era (barring something unforeseen) will end after this season. San Antonio does have money tied up to Patty Mills — though he truly thrives coming off the bench. Schröder’s game would immediate increase the pace and athleticism with which the Spurs operate. Schröder and Mills would even fit next to each other quite well in late game situations.

Additionally, the franchise has become a bit of an attractive destination for foreign players. Schröder’s skill-set should mesh well with the remainder of the roster. In a situation where he’d likely be the third option on offense, one could envision Schröder being a truly lethal scorer.

Lastly, there have been some knocks on Schröder’s maturity level. Learning from under the wing of Gregg Popovich and the vaunted Spurs’ culture could do wonders for his development as both a player and as an individual. Since being drafted, Orlando has toyed around with the idea that Elfrid Payton would turn into a triple-double fiend. We’ve seen glimpses of what could be a very good NBA point guard. However, the lack of consistency has been maddening for the front office.

As such, Schröder could be looked at as a potential acquisition. The Magic are loaded with assets — both from a player standpoint as well as future draft picks. There would have to be some tinkering as it pertains to financial flexibility. Bismack Biyombo’s contract remains a huge pain in the side.

With one more year remaining on his contract at a relatively cheap price, a package centered around Payton (and potentially Jonathon Simmons) could be sent back to Atlanta. A Schröder-Evan Fournier pairing would be interesting. At the very least, Orlando needs to shake up its franchise in some shape or form.

Otherwise, it’ll continue to be dragged down towards NBA purgatory in a gripping malaise of mediocrity. 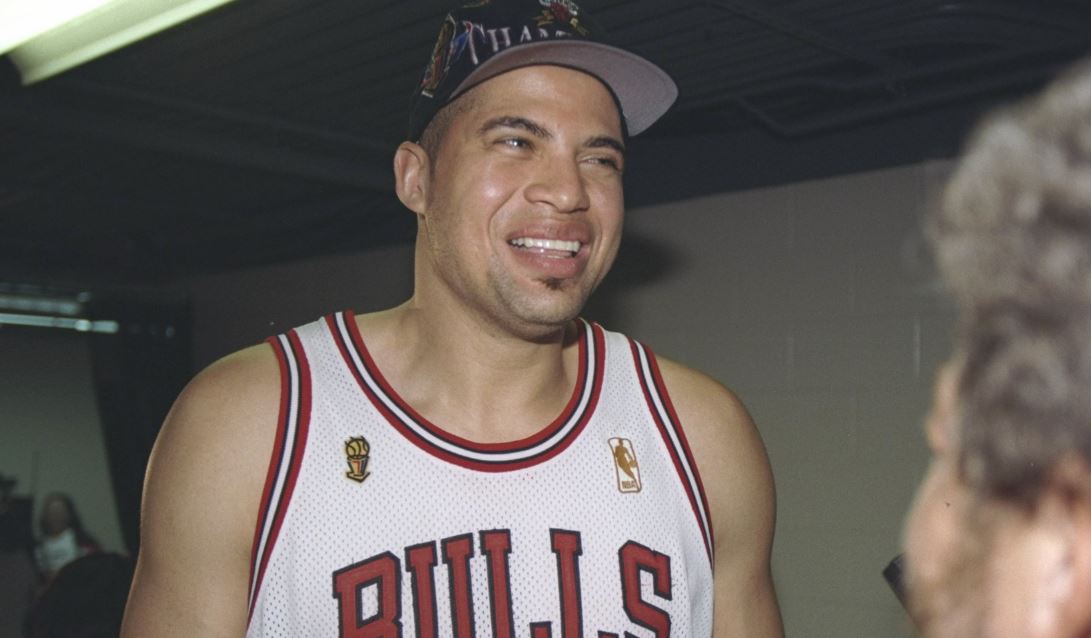