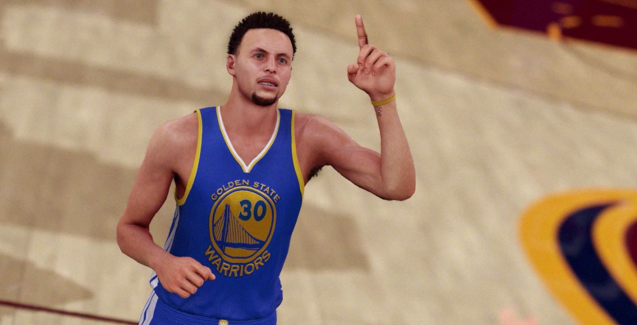 As the NBA world tries to solve the mystery that is Stephen Curry, so too does the NBA 2K franchise. The brand has been making annual versions of the game since 1999, but has never struggled to simulate a player’s abilities as much as they have with Curry.

The biggest reason can be attributed to Curry’s extremely unorthodox style of play. Golden State’s point guard consistently hits shots that no one else can, which poses a difficult problem for 2K developers.

NBA 2K gameplay director Mike Wang breaks it down: “Taking 3s off the dribble are also definitely discouraged in NBA 2K. Especially after over-dribbling beforehand. To be completely honest, we are still looking for ways to better translate his game into NBA 2K. He’s a ‘rule breaker’ when it comes to jump shooting … he becomes a problem in the video game world where we’ve been trying to train our gamers [to know] that certain types of shots should be rewarded versus others.”

Over the years, the annual 2K installments have always rewarded users for good ball movement and finding the open shot. And while Golden State actually plays that brand of basketball in real life, the video game sorely underestimates Curry’s most spectacular trait – the ability to create his own shot off the dribble and make contested shots.

It’s a difficult tightrope for the developers to walk, as they don’t want Curry to become such a strong force that the game loses its competitive balance. But on the other hand, with the Warriors currently sitting at 52-5, is there such thing as making them too good relative to the other 29 teams?

While 2K developers aim to sort this unprecedented issue out, the other 29 franchises should feel some comfort knowing they aren’t the only ones struggling with the ‘Baby-Faced Assassin.’