When we thought the Western Conference couldn’t become even more dominant, LeBron James decided to throw his hat into the proverbial ring.

For essentially the last 20 years, the West has absolutely dwarfed the Eastern Conference in terms of both quality and competitiveness. LeBron-led East teams and The Big Three in Boston did bring home titles to the East. However, when looking at the grand scope of both conferences, it isn’t close as to which one holds collective superiority.

There’s real talk of scrapping the conference alignment altogether — both in terms of selecting All-Star rosters as well as a reseeding of the playoff teams.  A vast majority of the league’s best players reside out West. This narrative is strengthened even further with James opting to sign with the Lakers. His presence with Los Angeles not only will reinvigorate the storied franchise, but it will also jettison Cleveland back to the bottom of the East.

Bizarrely enough, it also appears as if the Western Conference nabbed many of the perceived ‘best rookies’ from this class. Jaren Jackson Jr. has been fantastic for the Memphis Grizzlies during Summer League play. Phoenix Suns center DeAndre Ayton was the No. 1 Overall pick — and have many comparing him to David Robinson. Marvin Bagley of the Sacramento Kings has the look of someone who can walk into an NBA starting lineup and contribute with a double-double in his sleep.

Then, there’s also Dallas Mavericks’ athlete Luka Doncic. The most NBA-ready player to ever come over from Europe, Doncic has the look of a potential franchise player.

For a comparison’s sake, let’s objectively look at the top 10 players in each conference:

In terms of star power, it isn’t really all that close.

The Eastern Conference will be top-heavy in 2018-19. Boston, Philadelphia, and Toronto figure to be residing in the upper-echelon  — with Indiana, Milwaukee, and Washington jockeying behind.

However, the Western Conference will be an absolute bloodbath once again. Outside of Golden State and Houston, it’s a complete crapshoot as to how all of these teams will finish.

We’re going to do our best to break these teams into tiers before offering our early projections for the No. 1-through-No. 8 seeds.

The Warriors are in a class (or tier) by themselves. This shouldn’t come as a surprise to anyone. For as loaded as the West is, Golden State still remains as the odds-on favorite to win not only the conference, but also the Championship for the third-straight year (and fourth in the last five years).

There’s really not much else to say about this dynastic group.

Houston is in a similar position. It’s clearly the second-best team in the West at this point. This statement can largely be attributed to the chemistry emanating from the duo of James Harden and Chris Paul.

The reigning MVP is unquestionably a top-five player in today’s NBA. Despite being an elder statesman when it comes to the point guard position, Paul still is highly effective.

It will be fascinating to see how the Rockets will do this season without its two-best wing defenders (Trevor Ariza, Luc Richard Mbah a Moute) from a year ago. Houston replaced the aforementioned players with Gerald Green, James Ennis, and Michael Carter-Williams. We can’t really see this being an upgrade.

Here’s where things get interesting.

Utah burst onto the scene largely due to Donovan Mitchell’s exploits as a first-year player. The Louisville product was excellent in leading Utah to a second-round appearance in last year’s playoffs. The same core group of players is back yet again this year (along with expert irritant Grayson Allen). Quin Snyder’s team plays the game with tons of energy and toughness. Expect them to continue to improve even more this year. It’s not out of the realm of possibilities to see Utah vault up to the No. 3 seed in the West.

OKC was one of the offseason’s biggest winners. Its ability to keep Paul George in Oklahoma City was integral. Without free agency looming over his head, George should be able to improve upon last year’s statline of 21.9 PPG, 5.7 RPG, 2.0 SPG, 40.1 percent from three, and 45.4 percent from the field. The team figures to be even better once Carmelo Anthony is bought out of his current contract. It’s a squad with loads of length and athleticism (though short on shooting and play-making outside of George and Westbrook).

One couldn’t mention this tier without the Lakers. When comparing this current roster to the one James had this past season in Cleveland, it really isn’t close. Brandon Ingram has the ceiling of a very good player. The same can be said for Kyle Kuzma. Lonzo Ball’s skill-set should work brilliantly with James — as each are two of the best passers in the game today. From there, the roster is littered with a number of interesting role players (Kentavious Caldwell-Pope, Rajon Rondo, Lance Stephenson, Josh Hart). James is good enough to not only expedite this ‘rebuilding’ project, but also have the Lakers in contention for home-court advantage in the first round of the playoffs.

We now have a jumbled mess of teams all with the capabilities of making the playoffs. Additionally, each of the teams have major questions which could ultimately derail postseason aspirations.

San Antonio — as we all know — is embroiled with the Kawhi Leonard situation. The former SDSU star has suddenly become the biggest ‘Man of Mystery’ in the current climate of the league (and no we’re not talking about Austin Powers). We don’t know how healthy Leonard will be. We also have no idea as to which team he’ll play for. Should San Antonio deal him elsewhere, the Spurs could be looking at the proposition of playing with a very young team. In a rough-and-tumble West, this isn’t necessarily a good thing.

The Timberwolves and their new-look roster made the playoffs for the first time in over 10 seasons a year ago. Fast-forward to the current time, and it doesn’t appear as if Minnesota got any better. One could make a strong case that it got worse — as Jamal Crawford and Nemanja Bjelica left what was already a paper-thin bench. There are also rumblings about potential discontent surrounding the relationship between Jimmy Butler and Karl-Anthony Towns.

Portland and New Orleans both made the playoffs last year. Though each has a superstar to play around, it’s not a guarantee that either will be back in postseason play. Denver certainly has a roster talented enough to make the playoffs. However, we’re still waiting for them to turn the corner in order to make this happen.

The biggest surprise to this list is the Memphis Grizzlies. We’re projecting that both Marc Gasol and Mike Conley will be healthy. If that’s the case, you’re looking at a very intriguing team. The additions of Jackson Jr. and Kyle Anderson make Memphis an enhanced squad from both a play-making and basketball I.Q. standpoint. The Grizzlies also will likely play a slower style of ball. This could be beneficial as one of those ‘niche’ teams straying away from the run-and-gun norm.

Though DeAndre Jordan is now a member of the Dallas Mavericks, the Clippers will be a very interesting team. There’s a ton of guard depth comprised of both young players and proven veterans. Doc Rivers will be afforded the opportunity to play around with many combinations. Tobias Harris is a legitimate scorer from the forward spot, and the big man combination of Marcin Gortat/Montrezl Harrell is quite underrated.

Dallas and Phoenix are two teams with considerable upside. However, the Mavericks and the Suns are still not yet ready to seriously compete for a playoff spot.

Dallas’ roster has improved greatly. Jordan is the rebounding, shot-blocking center the Mavericks thought Nerlens Noel would be. However, the major prize during the offseason was Doncic. He’ll be given the keys to the car right away as Dallas’ primary ball-handler. An advanced player with tremendous skill and moxie, he could become the Mavericks’ next star in the post-Dirk Nowitzki era. Rick Carlisle is also a fantastic coach. I wouldn’t be shocked if Dallas snuck in as the No. 8 seed — though it isn’t likely.

The young core of Ayton-Devin Booker-T.J. Warren-Josh Jackson-Mikal Bridges is very tasty. Phoenix will have a mostly young roster (aside from Trevor Ariza). Super young teams never really compete for anything of consequence. While the Suns will be very fun to watch play, they’ll struggle against veteran-laden teams. Pencil Phoenix in the ‘check back in three years’ category.

The Kings are abysmal. Unless Marvin Bagley III is the second coming of Michael Jordan, Sacramento will continue to toil at the very bottom of the Western Conference for years to come. 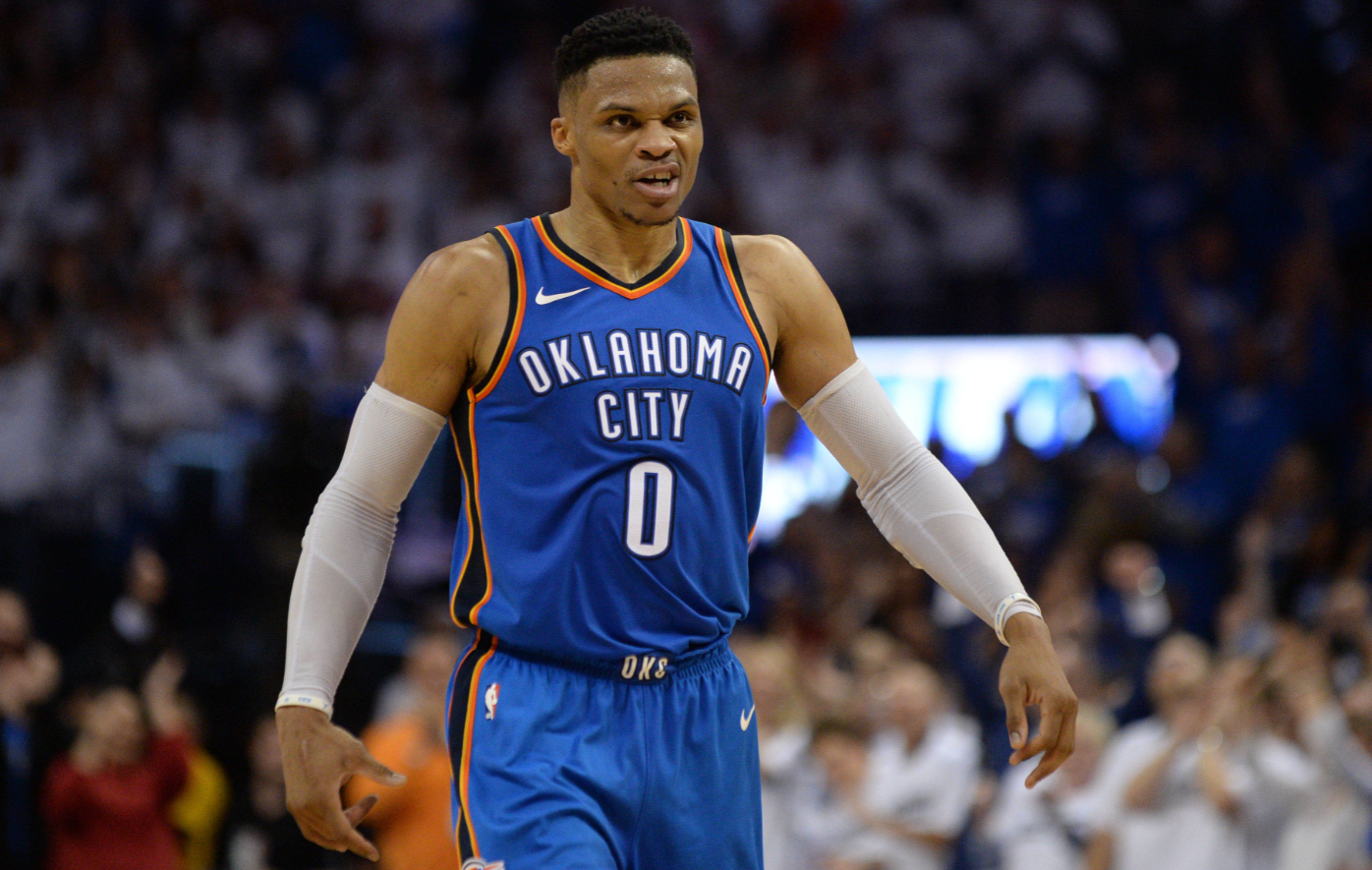