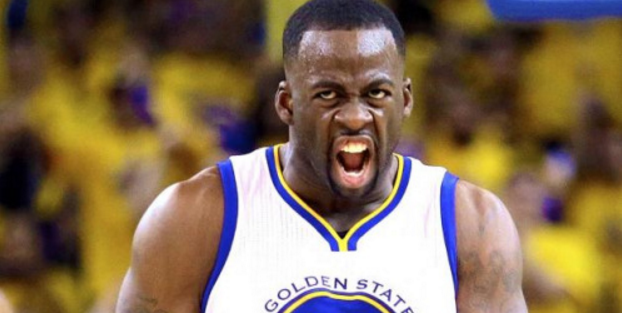 On Saturday night, the Golden State Warriors’ showdown with the Oklahoma City Thunder went down as one of the most spectacular regular season games of all-time. But lost in the Warriors’ overtime win was a halftime tirade by forward Draymond Green.

With Golden State trailing 57-46 at halftime, reports surfaced that the 25 year-old Green went off on his teammates. According to sources, the former Michigan State star was angrily yelling obscenities loud enough to be heard outside the locker room. Among the screaming, Green reportedly said, “I am not a robot, I know I can play. You have me messed up right now. If you don’t want me to shoot, I won’t shoot the rest of the game.”

Green, a 2016 All-Star, has never been one to keep his opinions to himself and has had plenty of on-court skirmishes as well.

There is only speculation on what caused Green’s explosion, but the behavior is unusual for a member of a 53-5 team. The Warriors have a chance to top the ’95-96 Chicago Bulls’ best record in NBA history (72-10), but these outbursts can’t happen. On Monday, Green recognized this as he apologized to his teammates and vowed it would never occur again.

Green is undoubtedly a leader on what might be the best team in NBA history. While Steph Curry and Klay Thompson are also major components, the 35th overall pick in 2012 plays a crucial role for his squad — this is evident in his five-year, $82 million contract. This year, Green is averaging 13.8 points, 9.7 rebounds and 7.4 assists per game.

Many will remember Saturday night’s game for Steph Curry’s heroics, but halftime reminded everyone that even the Warriors aren’t invincible.