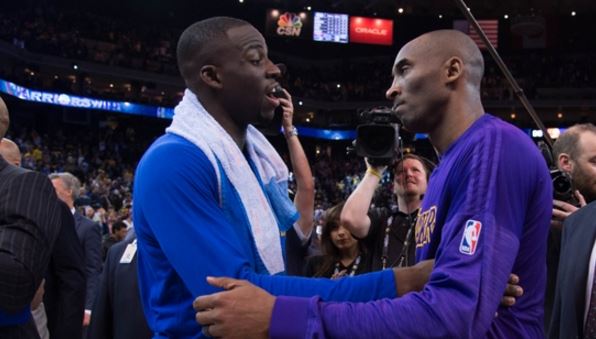 The Golden State Warriors suddenly find themselves in an unfamiliar position, down 3-1 in the Western Conference Finals to the Oklahoma City Thunder. And while the entire team has struggled much of the series, no one has had a tougher time than Draymond Green.

The hotly contested kick to Steven Adams’ groin in Game 3 was just the beginning of bad things to come for Green, as his past two games have been horrendous. Between the -73 point differential when on the floor, the 12 total points on 2-for-16 shooting and the 10 turnovers, the Thunder have completely flummoxed Green on offense. The back-to-back Defensive Player of the Year runner-up has also been incredibly sub-par on defense, routinely getting outhustled on rebounds and beat off the dribble by Russell Westbrook, Kevin Durant and Dion Waiters.

Despite the struggles, perhaps the text Draymond received from Kobe Bryant Tuesday night following Golden State’s Game 4 loss will help right the ship. Draymond discusses Kobe’s message and the playoff grind in the video below:

Kobe’s message was concise, but accurate: “If making history was easy, why bother?” It’s a question the greatest regular season team in NBA history will have to solve quickly if they are to capture their second consecutive NBA title.

After all, if they can’t win their next three games, does a 73-9 regular season really mean anything?